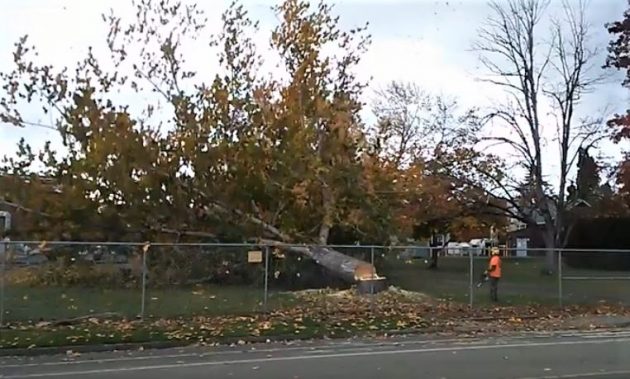 A big old poplar crashes to the ground Friday at the National Energy Technology Laboratory.

The leafy campus of the National Energy Technology Laboratory in Albany is a bit less so after a large poplar was cut down Friday afternoon.

I couldn’t reach anybody to ask why the big shade tree was logged. Tree-cutting permits issued by the city usually give some indication of the reason. But the “BuildingEye” register of permits on the city’s website did not show any tree permits on the property of the NETL, the campus of the former U.S. Bureau of Mines.

That big tree across Liberty Street from West Albany High School was not the only nearby tree cut down on Friday. Farther south, loggers took down four Douglas firs. A man on the site told me they had been ailing, and at least one of them on the ground looked like it had been dead a long time before it was felled.

Douglas firs in the valley have been weakened by drought, leading to insect damage. And many have had to be cut down as potential hazards to people and property nearby.

As for the main part of the NETL campus fronting Queen Avenue, plenty of stately shade trees remain. (hh) 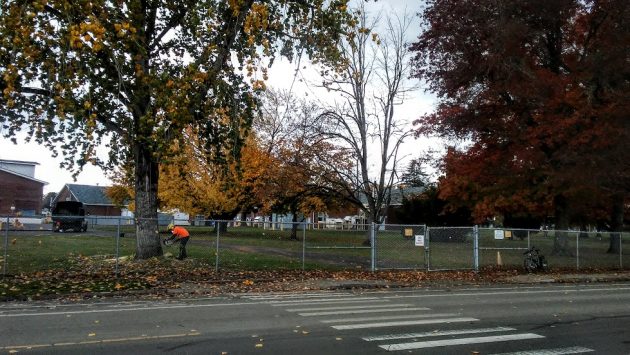 It seemed wise to park the bike far from the tree-cutting operation. 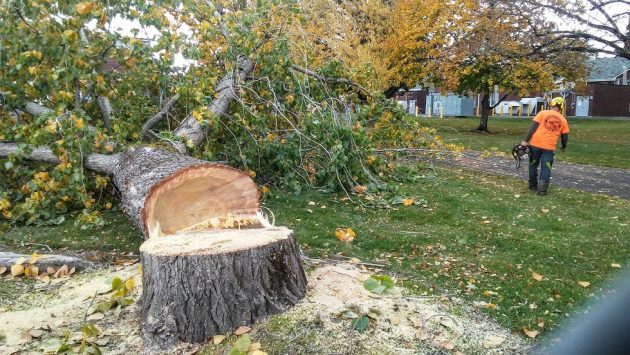 The tree fell where the logger intended, into the campus instead of the street.

3 responses to “Trees come down at National Energy Lab”