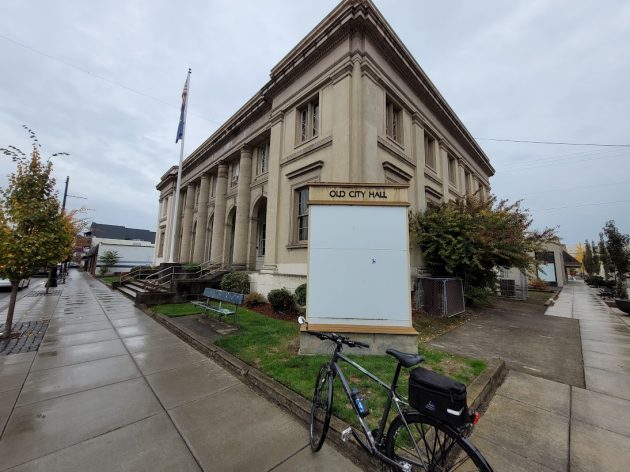 The Federal Building (old post offfice and later city hall, as it looked one rainy day last October) was the subject of Landmarks action last week.

Plans to renovate or restore three downtown landmarks — well, two landmarks and one other building — can go ahead now that the Albany Landmarks Commission has given its approval.

The buildings are the former St. Francis Hotel, the former post office and later city hall now called the Federal Building, and the two-story Ferry Street Building at 401 S.W. Second Ave, at the northwest corner of Second and Ferry.

The landmarks board held public hearings last Wednesday on each of the three projects, and after a good deal of discussion approved exterior alterations and the use of substitute materials for each one.

I didn’t attend the sesssion, which according to the audio recording on the city’s website went on for three hours and a half. The recording is hard to understand, at least for me. But I got a summary of  the discussions and the outcome from David Martineau, the city planning supervisor who had to sit through the whole thing.

Among other things, the commission approved the addition of a rooftop penthouse on the St. Francis after the applicant showed images of a mockup illustrating its visibility from different vantage points around downtown.

As proposed, the Federal Building and St. Francis renovations are likely to take years to complete and cost several million dollars each. The city’s CARA urban renewal program has approved a total of about $1.5 million in assistance for these projects.

The Ferry Street restoration calls for the rebuilding of the original facade and windows dating from the 1870s. There’s been no request for urban renewal assistance for this job.

Getting Landmarks approval is an early step. People who care about downtown will look forward to the time these restorations actually start, and wish the owners success in getting them done. (hh)

This story has ben edited to make clear CARA is not involved with the Ferry Street Building restoration. 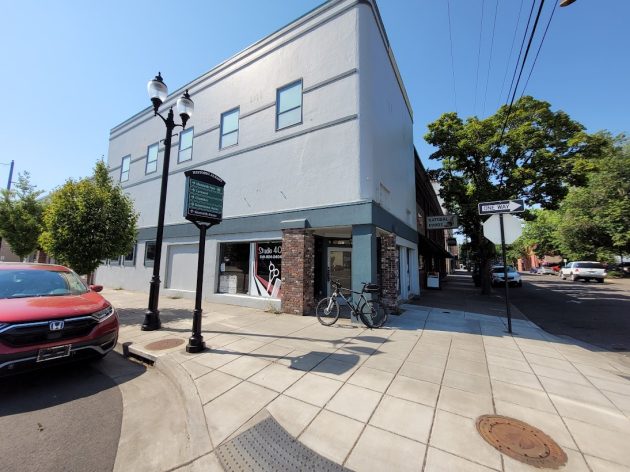 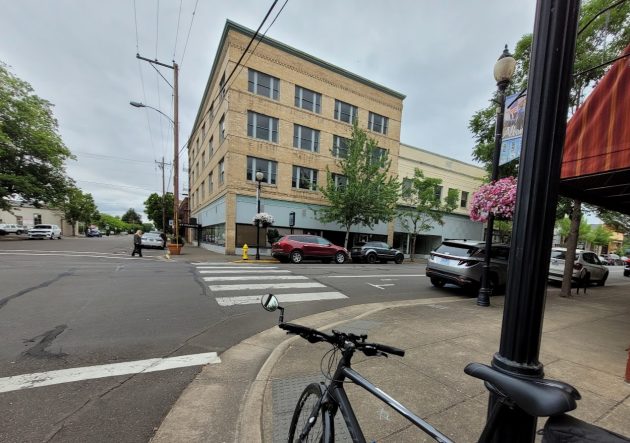 A penthouse is planned on top of the former St. Francis Hotel.