From an idea to now: Intermodal center ready 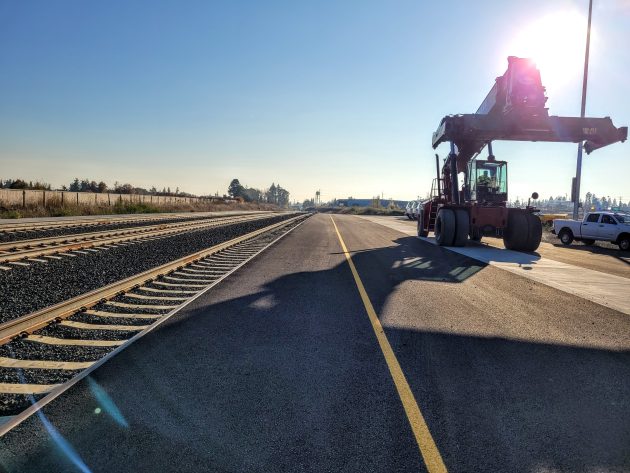 This is one of several cranes that will be used to transfer containers from truck to rail and vice versa.

It was in February 2017 when I got wind of a plan to turn the vacant former paper mill property in Millersburg into a reloading center to connect Willamette Valley shippers with the rest of the world. It sounded far-fetched at the time, but on Wednesday I got a chance to take a look at the finished result.

On Wednesday, Nyquist gave reporters tours of the place. It occupies 64 acres of what used to be the site of the Millersburg kraft paper mill operated by several companies, one after the other. The last was International Paper, which closed the plant in 2009 with the loss of 270 high-paying jobs.

Eventually, several gantry-type cranes will lift containers off trucks and on to train cars for shipment to marine terminals in Sattle and Tacoma. The center expects to handle 40,000 containers a year, mostly exports but imports too.

Here are people I saw there on Wednesday: 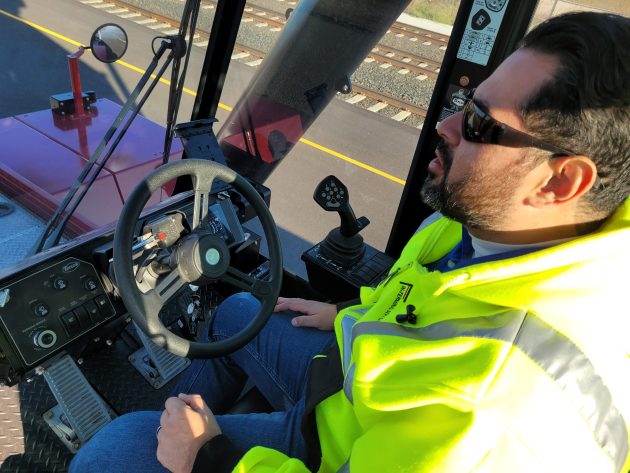 Danny Bonilla, a terminal manager in San Bernardino, operates the crane truck. He’s here to help get the Millersburg operation under way. 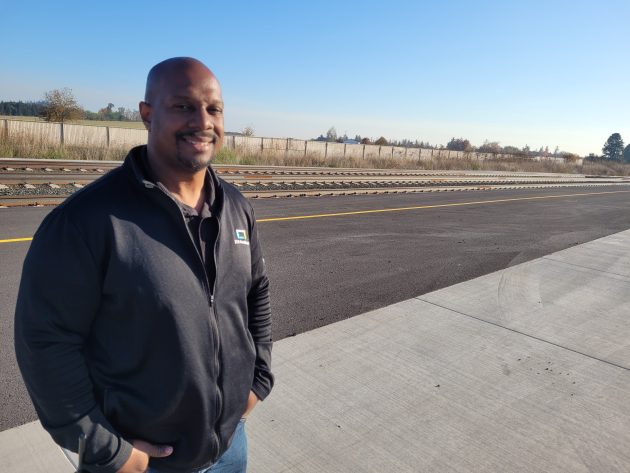 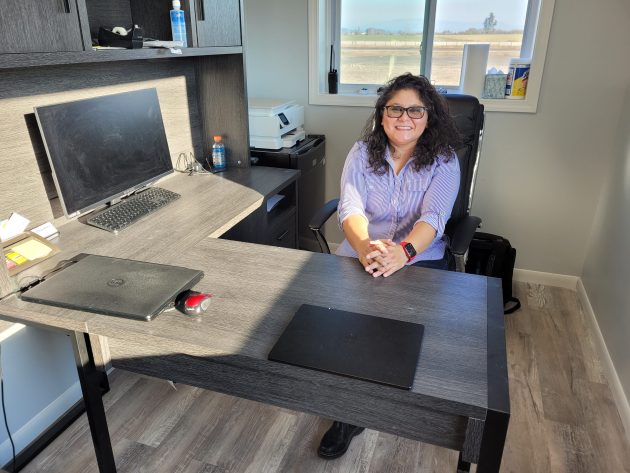 Vanesa Alas is the Millersburg terminal manager for ITS ConGlobal, which operates the facility. 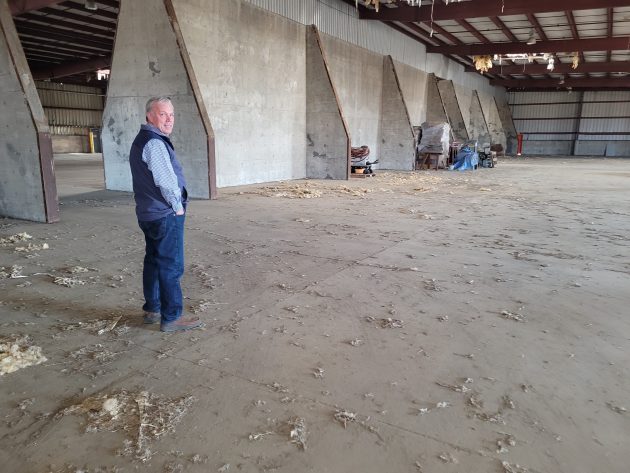 Linn Commissioner Roger Nyquist stands in a huge warehouse left over from the paper mill. It may be used to store shipments of imported seed stock, but its use has not been decided.

The 2017 legislature appropriated $25 million, of which $23.5 million was actually contributed to the Linn Economic Development group, which managed the project and is committed to running it for at least 20 years. Linn County contributed $12.5 million in the interest of supporting mid-valley agriculture and industries.

The reloading operation should save truckers and shippers all kinds of time and expense running back and forth to West Coast ports. For detailed economic projections, check out a website here.

Visiting the reloading center will no doubt be more exciting when some actual loading is taking place.

For now, here’s another look at a section of the three new train tracks and the truck and loading apron, about half a mile long, while a Union Pacific freight goes past on the mainline just behind the fence. (hh) 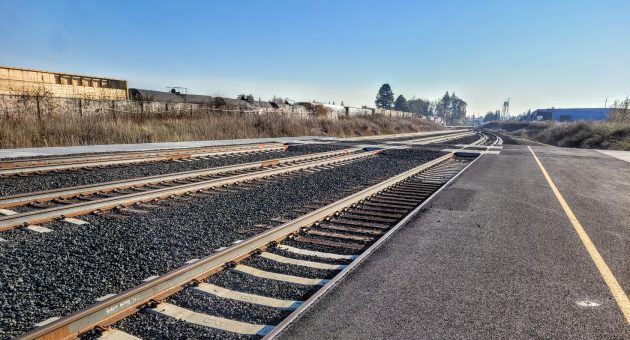 
25 responses to “From an idea to now: Intermodal center ready”