Citizen gets action: A dark corner is lit 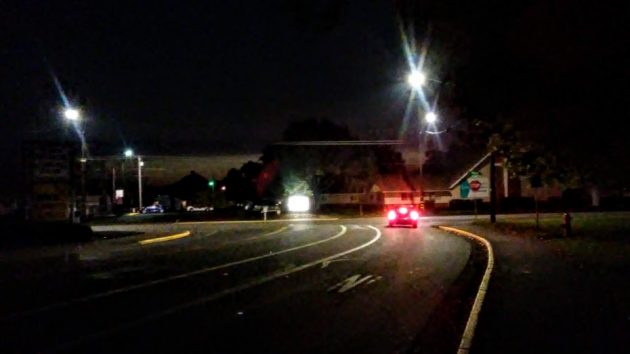 It was already dark at 7:38 Thursday night, but not at the corner of Geary Street and Grand Prairie in South Albany.

This is a story about a citizen noticing a problem, calling it to public attention, and thus launching a process that ended up getting the problem fixed.

It was nearly a year ago that Albany resident Rachel La Brasseur complained that a lack of street lights made the junction of Geary Street and Grand Prairie Road potentially dangerous on winter evenings. It was hard or impossible for drivers turning the corner to see people in the crosswalks.

Now, with fall starting and winter not far behind, the problem has been fixed thanks to the response by city of Albany engineers and, in due course, Pacific Power & Light.

Rachel La Basseur, a reader of this site and occasional commenter, wrote to me about the corner last November. I went to take a look and wrote this. Then, a few days later, came word from City Engineer Staci Belcastro that her colleague Chris  Cerklewski had completed a design for lighting improvements and was reaching out to Pacific Power “to discuss installing two new light poles and replacing (an) existing 200W high pressure sodium light fixture with a 250 LED.”

I lost track of things after that. But they evidently progressed. A bike ride this week took me around that corner, and I noticed new poles and lights. Was I imagining things? No, I wasn’t. “The new street lights have indeed been installed at the intersection of Geary Street and Grand Prairie Road,” Cerklewski told me.

So what does that corner look like now, at night? On Thursday night it looked like this, with the crosswalks brightly lit from above: 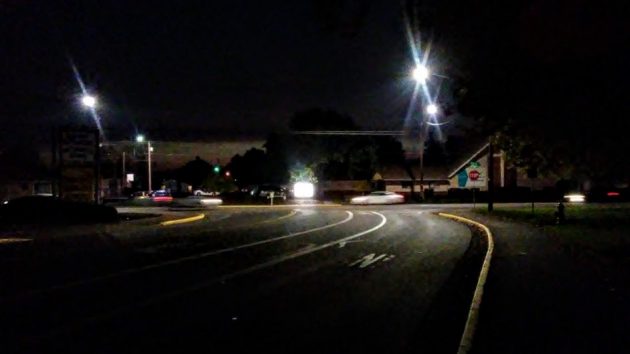 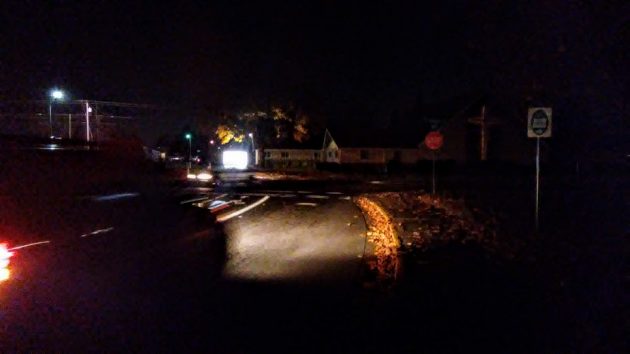 This lack of lighting there is a problem no more. (hh)


One response to “Citizen gets action: A dark corner is lit”