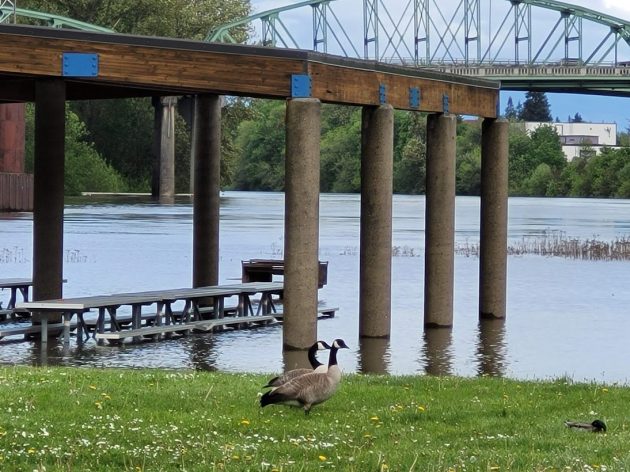 The picnic shelter in lower Bryant Park on Saturday afternoon.

If anyone had plans for a Mother’s Day picnic at this shelter in Albany’s Bryant Park, well, those plans had to be changed.

The water level and flow in the Calapooia and Willamette rivers came up in the last couple of days, and by Saturday the lower section of Bryant Park was partly under water. That’s common in winter but a bit unusual for this time of year.

At 10 p.m. Saturday the Willamette reached about 16 feet on the Albany gauge, according to the Weather Service. The flow was about 44,000 cubic feet per second.

The river was expected to reach a foot or two higher before cresting late Sunday.

No big deal about any of this — except of course if it ruined any plans for Mother’s Day that involved that section of the park.

And for me, it was an excuse to post a couple of photos after an otherwise uneventful day. (hh) 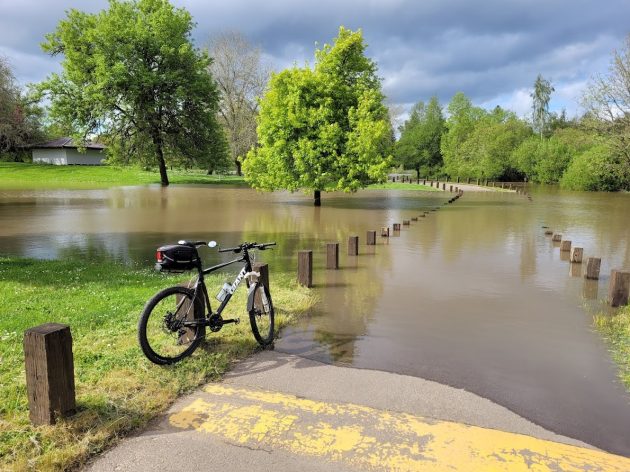 A bit of sunshine and water in Bryant Park on Saturday afternoon.


22 responses to “A day’s report: High water and sunshine”