Whom we should thank for new schools – Hasso Hering

Whom we should thank for new schools 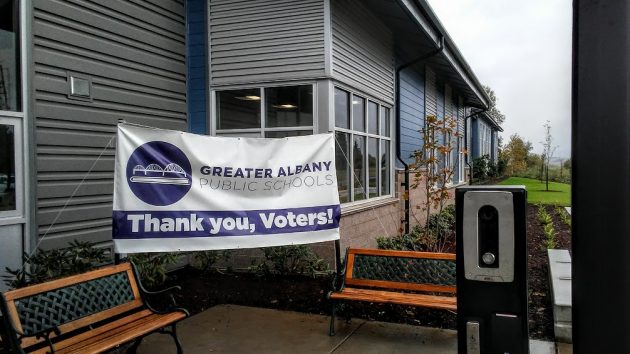 Nice thought, that banner outside the new Oak Grove School in North Albany, but are they thanking the right people?

If gratitude is in order, shouldn’t it go to the property owners who are footing the bill? The taxpayers who are paying for two new grade schools, big additions to both Albany high schools, and all the other improvements throughout the Greater Albany Public Schools?

It’s not a small item, if you’ll recall.

The $159 million bond authorization that is funding the Albany school projects passed on May 2017. It was approved by 7,605 voters, while another 6,463 said no. (Only $152 million in bonds was eventually sold, but because of a couple of other transactions these bonds are financing a construction program totaling $187 million.)

The citizens who vote are not necessarily the people who pay, although there’s probably a substantial overlap. The bill goes to owners of taxable real estate, and others pay indirectly, through rents, or the prices at local stores, or through their utility bills. (Electric and gas utilities as well as Century Link are among the top ten property taxpayers in either Linn or Benton County, or both.)

It is property taxpayers in the Albany school district who will contribute to amortizing the construction bonds until the principal and interest are paid off. For the current fiscal year, paying on the bonds will take $12,945,700. Of that amount, $5,930,000 goes toward the principal, and $7,015,700 is interest.

This will all come from taxpayers including those who voted no in 2017, as well as those 60-some percent of eligible citizens who didn’t vote at all. So when it comes to the new school facilities that for years will benefit students and the public in general, you can see whom we should thank. (hh)

22 responses to “Whom we should thank for new schools”