What’ll happen with this old house? 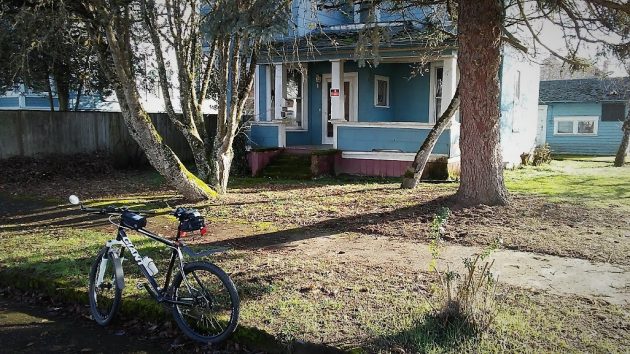 There’s talk of “rehabilitation” of this historic house at Fourth and Maple in Albany.

I took photos of 732 S.W. Fourth Ave. in December, thinking what happens to this vacant house might illustrate Albany issues such as historic preservation and code enforcement.

The address is in the Monteith Historic District. A city inventory of historic places says the house was built in the 1880s in the Western Farmhouse style and is “contributing” to the district. (County tax records have the construction year as 1891.) The property also has a garage the inventory describes as an “associated building.”

The Albany Landmarks Advisory Commission, which must approve exterior alterations on historic buildings, has struggled in two recent cases with whether associated garages are “historic” and therefore need a permit to be demolished before they can be replaced with new garages.

In the most recent case the commission last week approved, by a vote of 4-3 following a discussion of an hour and a half, the replacement of a small garage with a two-story garage and accessory dwelling at 828 S.W. Calapooia St.  Bill Ryals, the panel’s chair, says the historic status, if any, of associated garages needs to be clarified in Albany codes. There are lots of those, he says, and owners may want to replace many of them with accessory dwellings.

The property on Fourth Avenue has been vacant for some time and is posted against trespassing. It is one of the houses listed in a report the city council will get on Wednesday about efforts by Code Enforcement Officer Kris Schendel and others to clean up derelict properties.

The city had the place cleaned of junk and overgrown bushes in 2017. But the vegetation grew back, and the garage attracted squatters, the council report says, so the city assessed “daily fines” and moved to foreclose. The city says Fannie Mae, the Federal National Mortgage Association, bought the property at a sheriff’s action on Jan. 11. Presumably Fannie Mae took the property back, because it was the owner in December too, though somehow an outfit called Reverse Mortgage Solutions of Houston was involved too.

In any case, the city report says Fannie Mae contacted Schendel “regarding rehabilitation and sale of the house.”

Anyone wanting to fix up the place will have to go through the Landmarks Commission. Who knows when that will take place. Whenever it is, perhaps the uncertainty about “associated” garages will have been cleared up. But that may take a long time, the way public processes now work. And all the while the old house at 732 Fourth will sit there, awaiting its fate. (hh) 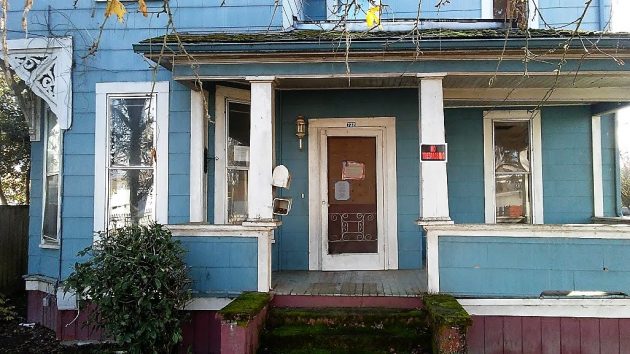 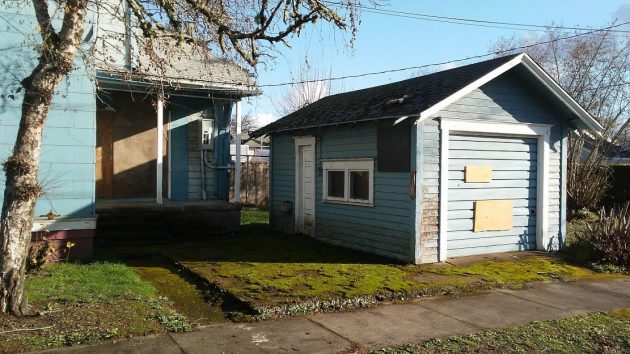 The garage is listed as an “associated building” at the “historic contributing” house. Is it historic too?


11 responses to “What’ll happen with this old house?”