What a bike trail should be 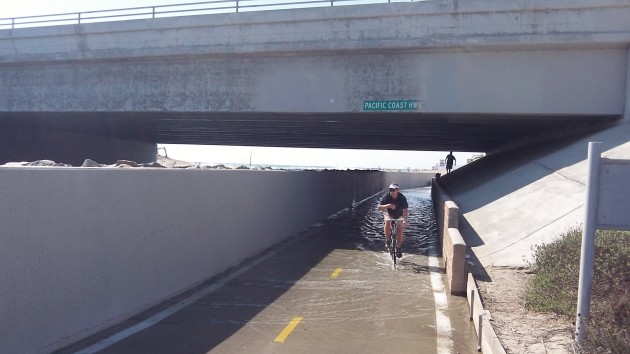 The tide has temporarily flooded the bike path under the Pacific Coast Highway.

In Benton County we’re at least several years away from completing the Albany-Corvallis Bike Trail, so in order to visualize the thing we have to ride other paths, such as SART, the Santa Ana River Trail in California’s Orange County.

Unlike SART, the Albany-Corvallis path won’t have a handy acronym. ATCT is hard to pronounce. And if the cities are named in reverse order, CTAT is no better. It also probably won’t have subtropical conditions in October, but it will still be a major advance in terms of safe human-powered transportation, and the scenery will be more pastoral than that of SART, which is a long and elaborate bike trail system connecting the Pacific Coast Highway with cities miles from the beach.

Here, take a quick look at the perfect condition of this path along the Santa Ana River: 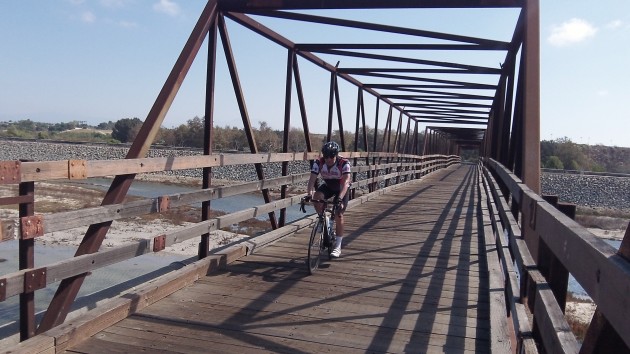 Crossing the river is easy on this bike-pedestrian span. 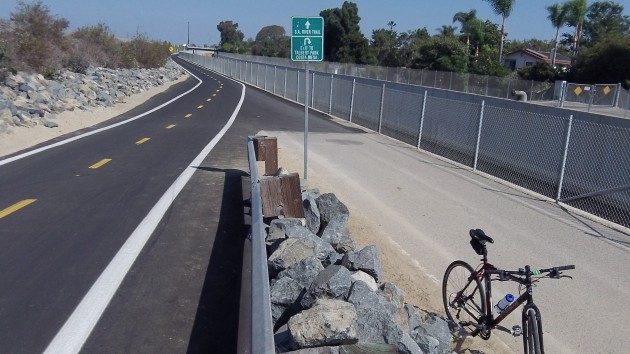 And in case you get lost, there is helpful signage.


8 responses to “What a bike trail should be”