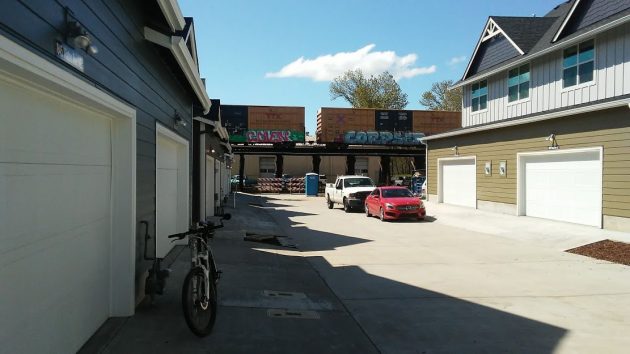 A Portland & Western freight waits on the trestle next to the new Edgewater townhouses on April 5.

Because of  its unique location, the Edgewater Village housing complex keeps getting my attention. Not only is it Albany’s first such development on the Willamette River, but it also sits at the over-and-under intersection of two historical rail lines.

And it’s on one of my bike routes through town as well.

As you know, the development of 58 houses and townhouses on a formerly blighted industrial site was launched several years ago with the financial encouragement of the Central Albany Revitalization Area.

Now the last units are about to be finished. Some of them have been sold, and people are beginning to move into the for-rent townhouses. More information on all that is available at developer George Diamond’s website.

As I’ve said, I think the proximity of two rail lines, with one or two slow-moving train movements on each most days, makes the place even more interesting than it already is because of its riverside location and mix of housing types.

If you’re in the neighborhood, on Water Avenue east if Main Street, take a look for yourself. (hh) 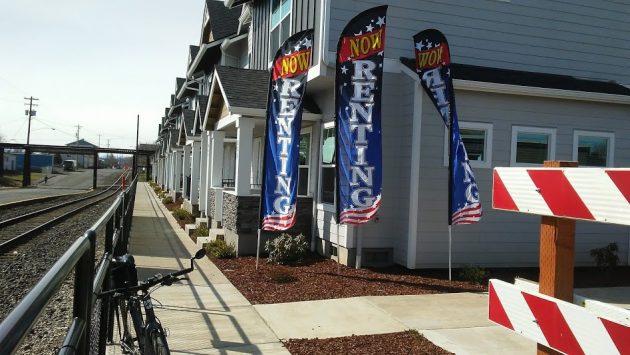