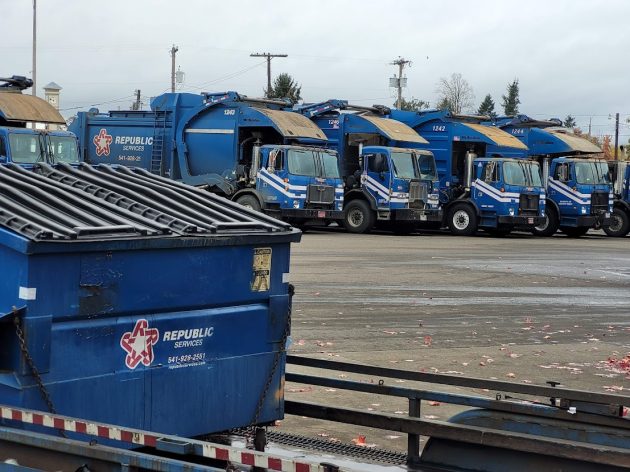 A couple of members grumbled a little, but in the end the Albany City Council unanimously approved Republic Services’ price hike of 5.9 percent for trash collection and disposal in 2022.

In a previous story I was mistaken when I wrote that council approval of Republic’s rates is not required. Actually it is, and the council gave it Wednesday.

In 2011, the council and Republic agreed on a formula for determining annual rate adjustments. The formula is based mostly on the Consumer Price Index and also factors in the price of diesel fuel and the rates that Republic charges itself for disposing waste at the Coffin Butte Landfill.

The formula is set forth in a resolution the council passed on June  22, 2011. At the time, the council was told that either the city or the company could go outside the formula if they didn’t like it, but both have followed it since.

Councilwoman Bessie Johnson voted against that resolution 10 years ago because she didn’t like “automatic increases.” At Wednesday’s council meeting, she said it still looked like an automatic increase. But she voted for it with the majority.

Councilwoman Matilda Novak also voiced reservations, especially in light of various other increases people in Albany face. Most working people don’t get automatic boosts in their income, in her view, and she was hoping something could be done to make things less burdensome for people in town.

Republic’s municipal relations manager, Julie Jackson, if I heard her right, held out the prospect that her company would offer some kind of break to households with low income.

News of the coming rate increase caused some speculation on social media about others offering collection and disposal service. If anyone tried, that would violate the Albany solid waste franchise, which gives Republic the exclusive right — and obligation — to do this job. (hh)