The explanation: Why this canal was dry 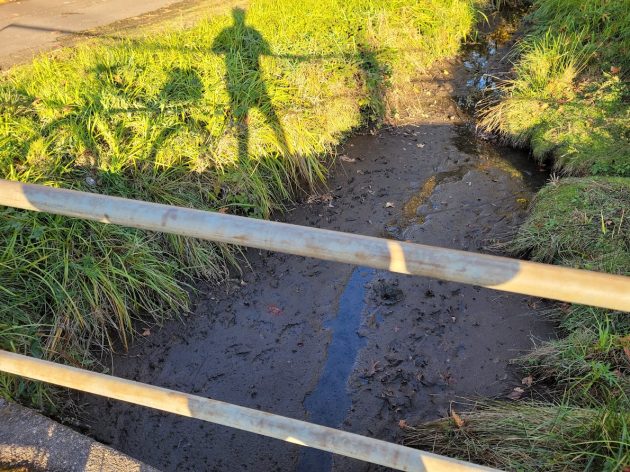 It was something you don’t see very often: Albany’s Eighth Avenue Canal was dry, or almost dry, instead of carrying its usual minimal flow.

As its name implies, the canal follows Eighth Avenue east from where it starts at the Albany Santiam Canal. For two blocks, between Broadalbin and Lyon Streets, it is covered by a parking lot.

But east of Lyon it emerges again. That’s where on Saturday I took the photo above.

What was going on?

Kristin Preston is the operations manager in the public works department of the City of Albany. I asked her, and she had the answer.

One of the culverts on the canal, at Washington Street, had plugged up, she told me by email. So the crew shut off the water in order to clear the pipe.

This work was delayed by recent rains, but it was scheduled to be done this week.

From Lyon Street east, the canal — or creek, or ditch if you prefer — runs north of the Pacific Boulevard viaduct and then turns left along Thurston Street, where most of the usual flow runs through an underground pipe to the Willamette River.

That stretch of the waterway is mostly neglected and partly overgrown with brambles. The city’s transportation system plan still includes a project to enhance the canal’s route there, but no one expects this actually to be done. (hh) 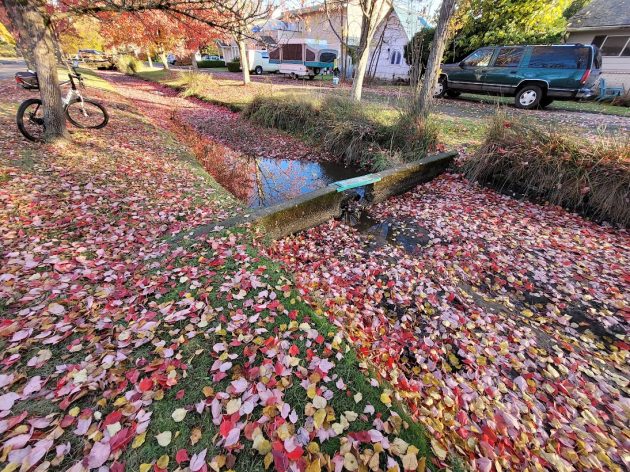 Except for a little pool, this section of the canal was filled mostly with autumn leaves.


One response to “The explanation: Why this canal was dry”