The coming ban on plastic bags 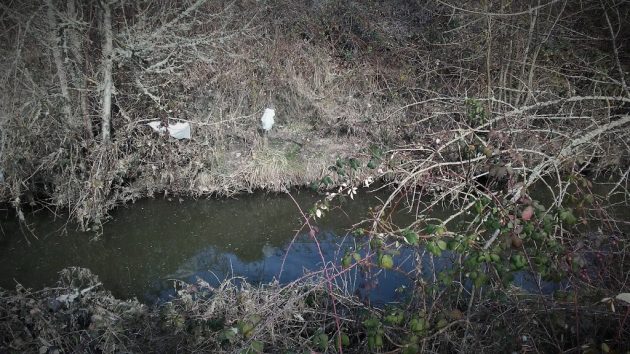 Rags of plastic, caught in the branches when Albany’s Periwinkle Creek ran high, were still there on Friday.

In the interest of reducing plastic pollution on land and sea, the Oregon legislature this year most likely will enact a statewide ban on single-use plastic checkout bags. But just how much pollution this will prevent is unknown.

That’s because lots of the plastic debris you see hung up along our streams and fluttering around the countryside does not look like former checkout bags. It looks like all kinds of other plastic film, and most of that would be exempt from the ban.

On Feb. 19 the House Energy and Environment Committee held a public hearing on the bill in question, HB 2509. It scheduled a work session for March 28, when it will probably vote on an amendment that spells out what bags would be banned: only single-use bags provided at checkout. Bags provided at any other time would continue to be allowed.

Among the exemptions are laundry and dry-cleaning bags and any plastic bag provided to hold merchandise that may be damp, such as frozen food or potted plants. Also exempt, of course, would be the kind of plastic bags people buy to throw away, such as trash and leaf bags.

The bill would cost consumers something, though. It would require retailers to charge at least 10 cents each for any paper bags they hand out. (Only bags of recycled paper would be allowed, but presumably all such bags are made of recycled material now.)

Think back a couple of generations, if you can. What did we do before plastic checkout bags? We survived, and survived pretty well. So there’s no reason to lose sleep over the bag ban that is coming. Let’s just remember that it won’t cure the plastic pollution problem. To fix that, we have to do something else. (hh)


25 responses to “The coming ban on plastic bags”