Tall weeds? They can be kind of useful 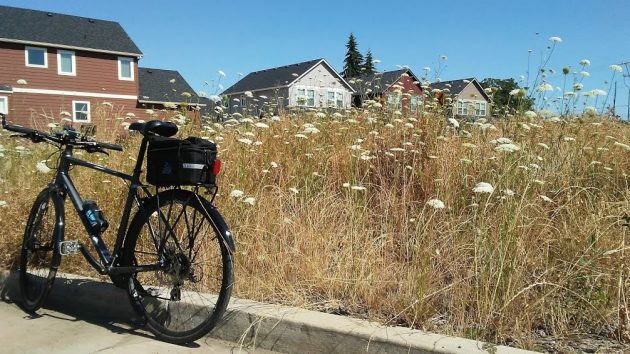 Ten inches is supposed to be the city’s limit, but these city-owned weeds were taller on July 22.

The city of Albany has a law that says grass and weeds are a public nuisance when they are more than 10 inches tall. Well, I was wondering, what about the vegetation on this city-owned vacant lot?

On its website, the city administration says that when it gets complaints about tall grass, it sends property owners a notice giving them two weeks to take care of it. If nothing is done, the city may have the place mowed and send the owner a bill.

In past summers, the city would send out a press release reminding people of the tall-grass regulations. But that was before the corona crisis, which this year may have pushed tall grass way to the bottom of anybody’s priority list.

I took the photo at the top last Wednesday. The lot is in the middle of the Edgewater Village housing development. The city obtained the property from the BNSF railroad a few years ago but hasn’t done anything with it.

During the construction of Edgewater, the lot served as the Baldwin company’s construction yard, and part of it is still covered with a layer of crushed rock. But as you can see, the rest of it has become a wild display of Queen Anne’s Lace and other plants.

So no, this is not a complaint about tall weeds. On the contrary.

The city ordinance makes an exception. Tall vegetation is not a nuisance when it’s part of agriculture. They should add another exception: It’s not a nuisance when, like in this spot, it causes no problems but serves as a haven for bees and other pollinators, which in our growing cities need all the help they can get. (hh) 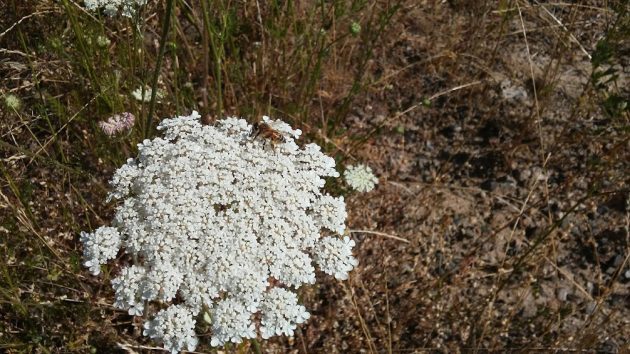 Is that a bee? Can’t tell, but it’s a pollinator at work.

7 responses to “Tall weeds? They can be kind of useful”