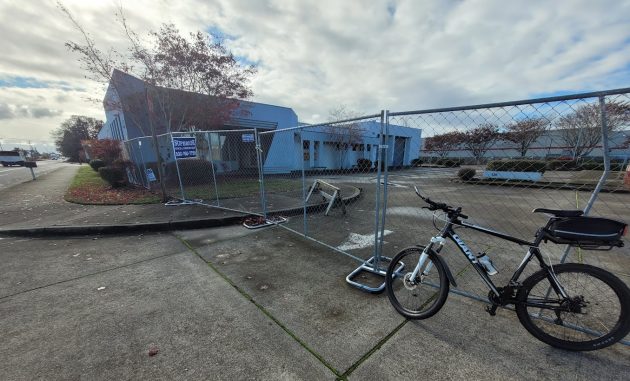 The former Hertz car lot at 520 Airport Road may be remodeled to sell Subaru automobiles.

That’s according to a recent filing with the planning division of the Albany Community Development Department.

On behalf of property owner Steven Jackson, of Rockwall, TX, the filing asks for approval of a site plan to remodel the vacant former Hertz dealership. The plan is to turn the one-story building there into a two-story dealership and service center.

Drawings submitted with the application say they are for “Jackson Subaru of Albany.”

Neighboring property owners within 300 feet have been notified. Comments, if any, are due by Dec. 7.

The Jackson Automotive Group has several other car stores in Oregon, two in Texas and one in Washington.

On the company’s website, they are listed as Toyota of Corvallis, Subaru of Corvallis, Toyota of Newport, Honda of Bellingham, Albany CDJR (Chrysler, Dodge, Jeep and Ram), Toyota of Rockwall, and Team Chevrolet Buick GMC in Alice, TX.

On Nov. 15, the planning division approved a site plan for Jackson Hyundai of Albany on Fescue Street, across from Home Depot. According to city records available online, a building permit for the Fescue Street site is pending.

Assuming the plans are realized, it looks like this car business is branching out. (hh)

If they keep that sign, it probably will say “Subaru.”