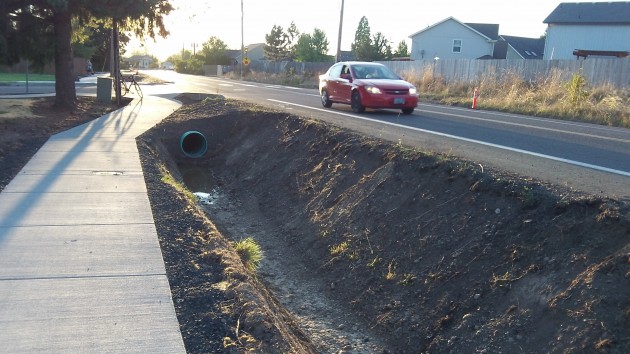 Nice sidewalk, still empty but safe from traffic on this afternoon a month ago.

The spiffy new sidewalk along North Albany’s Gibson Hill Road is ready for Wednesday. What’s so special about Wednesday? Well, Oct. 7 is Walk and Bike to School Day in Oregon and elsewhere in the U.S. That, anyway, is what it says in a press release from ODOT.

The Gibson Hill walking path was made possible because the city of Albany got $1.2 in federal grant money, which covered the $864,100 construction contract and associated expenses. Albany had sought the grant in response to a request from parents some years ago. The parents were interested in safety. They wanted their kids to be able to walk to and from school protected from the traffic on Gibson Hill.

The sidewalk was finished two or three weeks ago, and I’ve seen people use it. Not many, I’d say, but more than one or two. Let’s hope that children will use it too on their way to school and back.

ODOT said schools could sign up for Walk and Bike to School Day. Five Albany schools had done so (Takena, Sunrise, Oak, Liberty and Central). But none is in North Albany. So we may have to wait a while longer before we see a crowd of middle and grade school kids ambling along on this particular path. (hh) 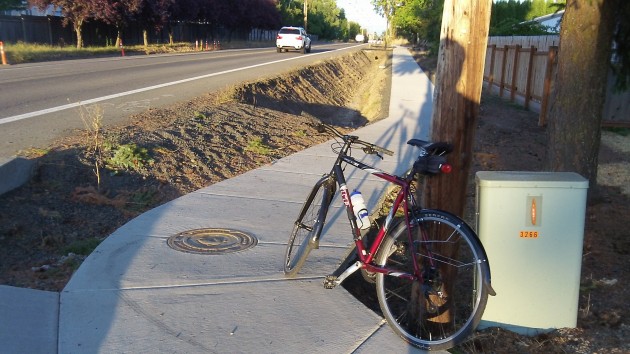 The path is for walking, not biking.