Riverside is celebrating its 100-year-old hall 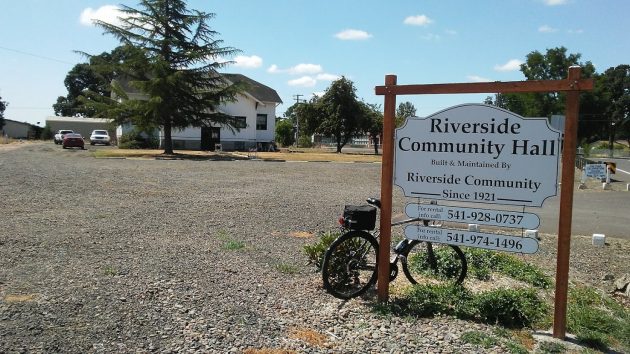 The Riverside Community Hall is at Riverside Drive and Meadow Road south of Albany.

In the countryside south of Albany, the Riverside Community Hall has lasted for 100 years, and next month the community plans to celebrate the fact with a public event.

Whenever I’ve gone by there on the bike, I’ve always assumed the building at Meadow and Riverside was a former school. But it wasn’t, as I learned since being made aware of the anniversary celebration scheduled for Sunday, Aug. 22.

Newspaper clippings — at least the ones that turned up on Newspapers.com — tell the story of this hall. It’s always been a venue for meetings, weddings, lectures, discussions, recitals, and other community events as well as church services, these stories report.

The building was in use even before it was completely finished. In November 1920, for example, nearly 100 people assembled there to hear three speeches, including one by Albany Herald publisher Thomas Potwin on “the importance of intercommunity cooperation in mutual development.”

In December 1921, the Herald announced that the dedication would take place the following month, adding that “the finishing touches on the building are to be completed in a few days.” The paper said the hall was “of modern design and well built and is the first of its kind to be erected in Linn County.”

The dedication was held on Jan. 5 and 6, 1922. The following day, a Saturday, the Evening Herald’s front page looked like this: 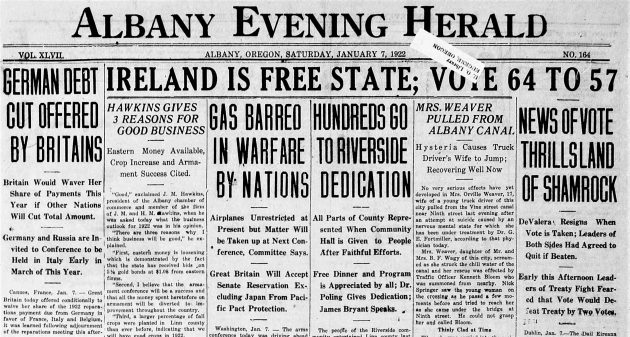 Between “four and five hundred people” attended, according to the paper. Dr. D.V. Poling of Albany gave the dedication address and said, “Too much cannot be said of the splendid achievement of the people of the Riverside community in the last year and a half which has resulted in this wonderful building.”

Because of all the donated material and labor, no one could tell the Herald the cost of the building. But one of the committee members estimated it as about $5,000.

The danger of reading century-old newspapers is that you get lost. There is so much stuff in there, and some of it is full of drama and sadness, such as the piece about the young Mrs. Weaver who was pulled from the Vine Street canal after either falling or jumping in.

Back to the Riverside Hall event next month. Current and former Riverside residents, as well as anyone interested in the community, are invited to the anniversary celebration from 1 to 5 on Aug. 22. There is to be a ribbon cutting at 1:15. Also on the program are historic displays, music, an “informational update,” and outside games.

The hall is owned by “The Riverside Community,” incorporated in June 1921. The corporation was dissolved in 1945 and reinstated in 2000. And now they’re ready to start their second hundred years. (hh) 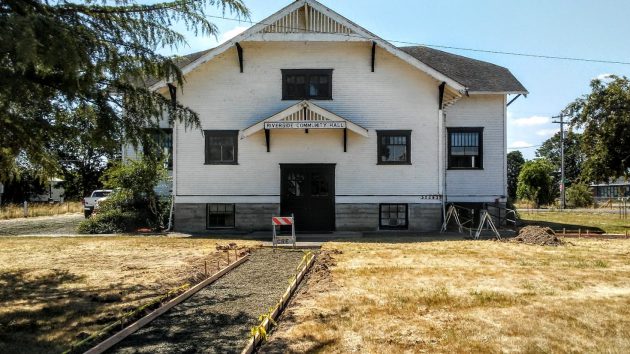 A walkway was under construction when the photo was taken on July 17.


5 responses to “Riverside is celebrating its 100-year-old hall”