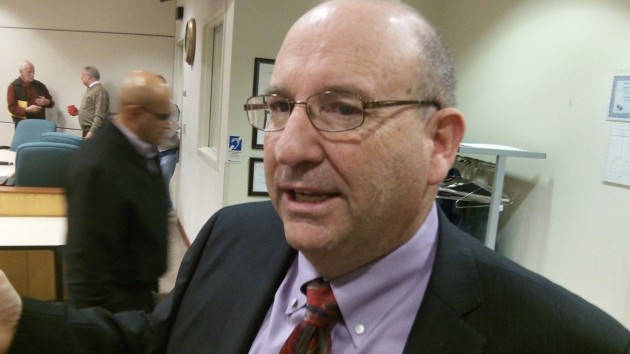 Councilman Bill Coburn saved the council some grief with his marijuana vote.

Albany is banning recreational marijuana sales after all, for a year anyway. And Councilman Bill Coburn Monday rescued fellow Councilor Ray Kopczynski from causing what might have been lingering bitterness on the council over how the marijuana issue fared.

Coburn was against an ordinance to ban recreational pot sales pending an election next November. But he voted for it Monday night anyway, with the result that the ban was enacted on a 4-1 vote. Had he stuck with his preliminary no vote of last week, the ordinance would have failed because Kopczynski went through with his intention to abstain. Had Coburn not flipped, the result would have been 3-1, which would have deprived Mayor Sharon Konopa from casting the tie-break for the ban. Council rules require four votes to enact anything.

When Kopczynski last week unveiled his intention to block the vote by abstaining, backers of the ordinance made clear what they thought of the maneuver — they considered it a dirty trick, though no one used those words — and the air was thick with acrimony.

Coburn told me after the meeting Monday night that he changed his vote to prevent any bitterness over the outcome. His vote change was a surprise to me. I think it was a surprise to Kopczynski as well. If he had known what was coming, he might not have ventured the abstention, a move so rare on the council that I can’t remember another case.

The ordinance in effect now — or as soon as the mayor signs it — bars retail stores of recreational marijuana within the city limits, along with wholesale businesses, producers and processors. Linn County and other cities in the county have passed similar laws. As required by state law, these bans will be on the ballot in the November 2016 general election. Coburn told me he thinks Albany voters will overturn it.

Looking ahead to that possibility, the council Wednesday talked about wanting to get going on drafting restrictions on time, manner and place of marijuana businesses. And, City Manger Wes Hare reminded them, don’t forget the option of enacting a 3 percent sales tax on recreational weed. (hh)

POSTSCRIPT: Kopczynski emailed me after this story appeared that he did not know Coburn had changed his mind. “Water under the bridge now,” he added. “It was a good fight. I had no more cards to play.”