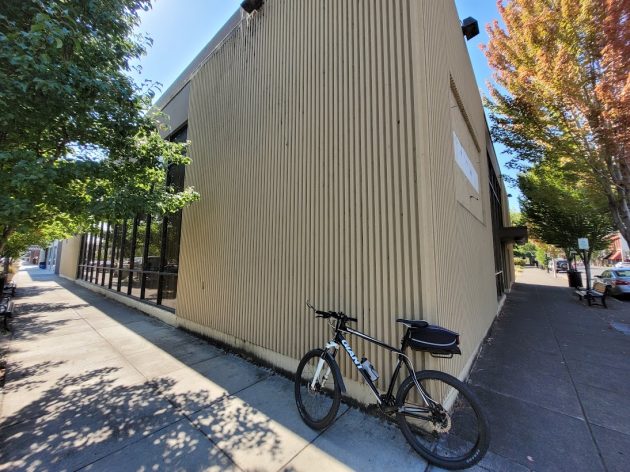 The corner of the fomer bank building, which the city intends to demolish, looked this way on Sept. 19, 2022.

Three contractors from the Portland area submitted bids to demolish the former downtown Albany branch of the Wells Fargo Bank at 300 W. First Ave. The bids, opened Nov. 15, ranged from about $239,000 to nearly $385,000.

The Albany urban renewal agency, ARA, bought the property in 2019 for $1.5 million after the bank closed the branch the year before. Efforts to have the structure redeveloped for residential and commercial uses fell apart as uneconomical. Now the city hopes to clear the site and then sell it to a developer.

The demolition issue came up during a meeting of the ARA on Wednesday night. Councilman Dick Olsen thinks the building could still be sold and used for something instead of being razed. He raised questions about what if anything the city has planned after the building is gone.

The bid amounts are for removing the building down to the “native subgrade” and then filling the hole and compacting the soil as a base for new construction.

Constructed in 1914 for the First National Bank, the building was reduced in height and remodeled in 1974.

Bidders were told there may be a time capsule encased in the cornerstone, dating back to the original construction. The demolition contract says a search for the time capsule was underway. (No word on whether it’ has been found.)

The ARA, composed of the city council, meets again at the conclusion of the Nov. 28 council work sesssion. It may act to accept one of the bids then.

According to the contract, the demolition is supposed to be complete by June 30, 2023. (hh) 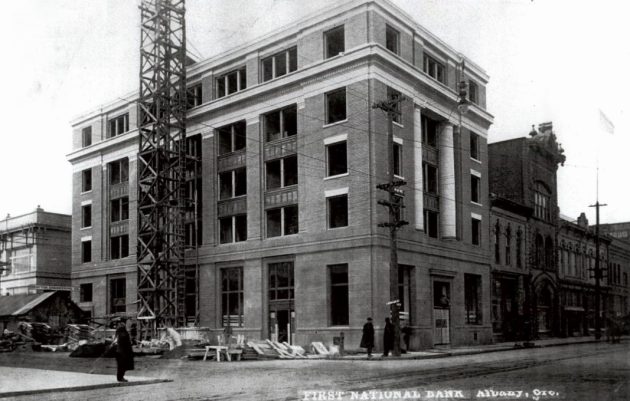 This photo was included in the bid invitation. It shows the First National Bank being built at 300 West First Ave. in 1914. 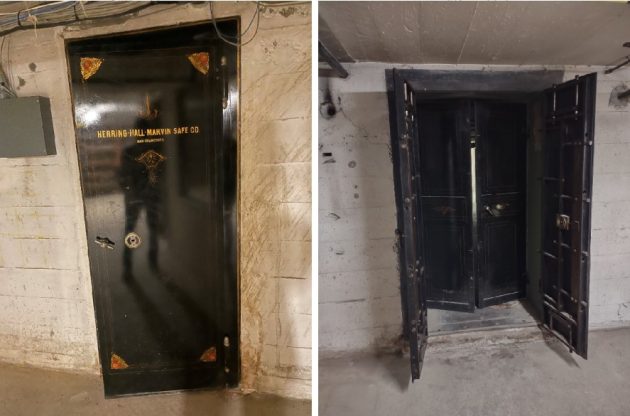 Photos of the safe and vault doors were included in the city’s bid package, too. 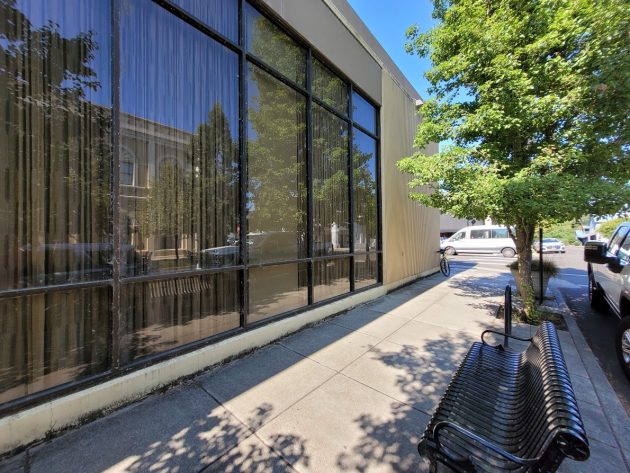 When the building is gone, you can sit here and look over an empty lot — until something new is built.