Question for the DEQ: How much and when? 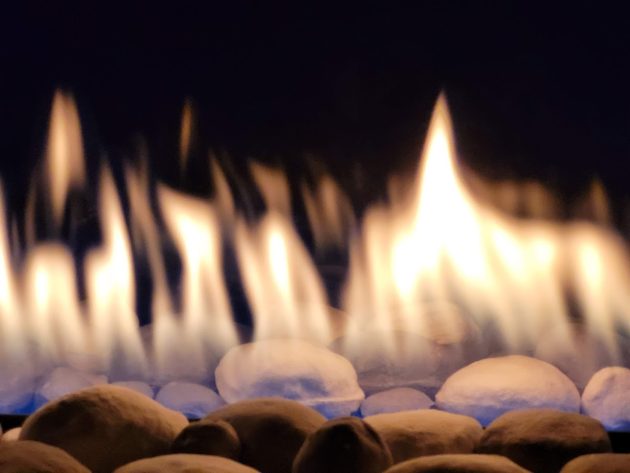 This fireplace is fed by natural gas, which Oregon’s Climate Protection Program does not like.

The Oregon state government is about to adopt a program to all but stop the use of fossil fuels over the next 28 years. It seems strange that in describing the program for the general public, the administration of Governor Brown never says what this would do to citizens in Albany and elsewhere in the state.

The Department of Environmental Quality has been beavering away on this for much of the last two years. Now, on Dec. 16, the Environmental Quality Commission will enact the program by adding it to a chapter of administrative rules. This avoids the messy job of passing it as a law, which the legislature failed to do because of a Republican boycott in the Senate.

“The rules,” says the DEQ, “would set an enforceable and declining limit, or cap, on greenhouse gas emissions from fossil fuels used throughout Oregon, including diesel, gasoline, natural gas and propane, used in transportation, residential, commercial and industrial settings.”

The agency put out a four-page “overview” of the program.. Never does it even hint at the likely effect it would have on residents and on the places where they live and work. There may be estimates buried somewhere in the digital mountains of technical material amassed since 2020. But nothing to let people know how their lives, and their expenses, are going to change.

The goal is to reduce greenhouse gas emissions in order to slow down climate change. But this is fiction. Nothing Oregon does can have any noticeable effect on the climate. To the people drafting and imposing these reductions, the actual motivation is that it’s the right thing to do regardless of the effect.

According to the DEQ’s “overview,” the program is designed to reduce Oregon emissions of tons of “carbon dioxide equivalent” 80 percent by 2050.

A drastic reduction like that has to mean all but abolishing most routine use of fossil fuels including natural gas. So the question is: How would this change things for the roughly 2.5 million Northwest Natural gas customers, and those of the other gas companies?

How much more expensive is natural gas going to get as the caps take effect? How soon will natural gas no longer be available at all, so that all these households have to buy electric furnaces and stoves?

I’ve reached out to the DEQ on those points. If I get an answer, I’ll let you know. (hh)


29 responses to “Question for the DEQ: How much and when?”