Pathways for walking that didn’t work out 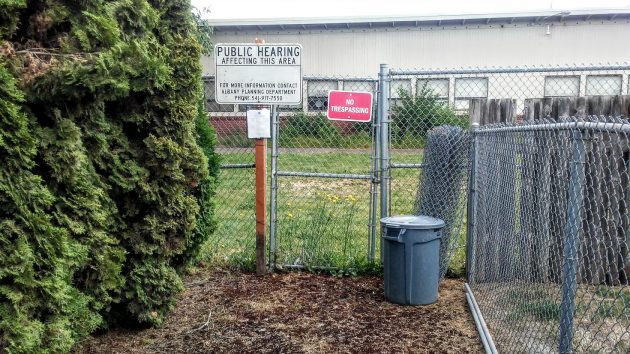 Behind the locked gate and fence at the end of this footpath, that’s Sunrise School.

About 50 years ago, whoever laid out the Lafayettte Acres subdivision in southeast Albany had a good idea: These are very long blocks without cross streets, they may have thought, so let’s put in some footpaths so kids can easily walk to school.

Now four of these paths have become useless, and neighbors have asked that they be abolished.

The city has proposed to vacate or abandon these narrow public rights of way. The planning commission will hold a public hearing on Monday, June 14, and the city council on July 14.

Two of the paths lead west from the 2000-2100 block of Lafayette Street to Sunrise School. But the school yard is fenced off, and neither kids nor anyone else can get to or from the school that way.

When I looked at the paths last Saturday, a trailer was parked in one: 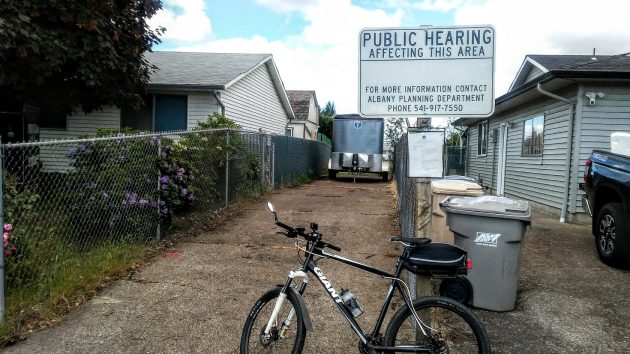 Two similar public rights of way go east from the 2100-2200 block of Madison Street, but they exist only on paper.

The Madison paths run smack into developed private property on the other side. And since no one could ever use them anyway, these sections of public right of way have been landscaped or otherwise used by neighbors as part of their side yards. 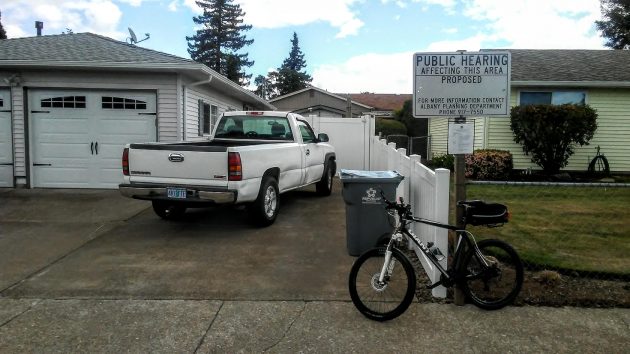 Only the city’s hearing notice tells you there’s supposed to be a path here on Madison Street S.E.

Once the four paths are vacated, they will be divided between adjoining property owners.

It’s seems like a pretty good idea for subdivision developers to provide pathways between lots so pedestrians don’t always have to make long detours. But for different reasons, these four didn’t work out.

There are two other pedestrian connections in Lafayette Acres that can actually be used. One of them goes into Sunrise Park. (hh)


One response to “Pathways for walking that didn’t work out”