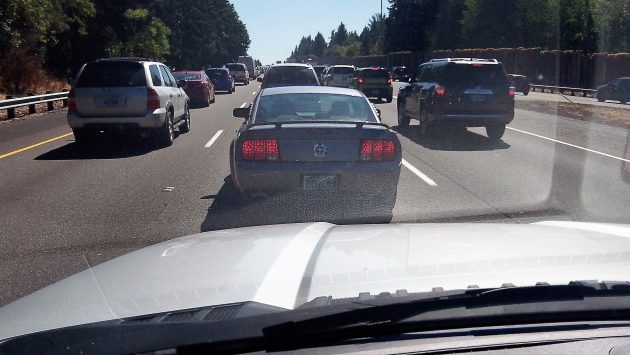 When you’re stuck in traffic, whether it’s stop-and-go on I-5 south of Portland or waiting through two cycles of a light on Ninth in Albany, you get the impression that Oregon just has way too many people. Or people with cars, anyway.

That impression is reinforced when you look at the tables published by the Population Research Center at Portland State. For example, Oregon had about 1,980,000 residents in 1967. That’s when, as a young man, I moved from Los Angeles to Ashland, so I obviously bear part of the blame for the influx that year of an estimated 20,300 people from out of state.

Migration from outside of Oregon has been the main driver in the state’s population growth to 4,076,350 in 2016. Except for three years during the Great Recession (2009-11) the influx has outpaced natural population growth — the excess of births over deaths — every year since 1966.

Governor McCall famously tried to stem the flow in the 1970s, urging people to visit again and again but not, for heaven’s sake, to move here for good. It didn’t work, obviously, and may have had the opposite effect. Migration to Oregon climbed sharply in 1973 and then reached more than 50,000 in 1978, a number not reached again until 1991, 1993 and, ominously, last year when more than 52,000 newcomers showed up.

Not much can be done about this, no matter how longingly we may remember the days when getting around on Oregon’s excellent and largely empty highways was one of the simple joys of life in this state.

Building more highways is not the answer, partly because it’s not feasible in thickly populated areas and partly because it’s way too expensive and time-consuming. Just adding lanes to I-5 near Albany has been in the talking and planning stages since the 1990s and is nowhere on the horizon of getting done.

What we might do instead is to stop adding huge traffic magnets in places where they can’t help but increase congestion. But that would presuppose getting rid of zoning of the kind that prohibits commerce inside areas where people live and work.

Another answer is to refuse to go anywhere that can’t be reached on foot or by bike. Impractical, for most of us most of the time. So, there we sit in traffic, moving slowly or not at all, keeping a close eye on the brake lights in front and hoping that the guy in back of us is doing the same. (hh)


5 responses to “Oregon, overrun by crowds”