Opposites on grass as well 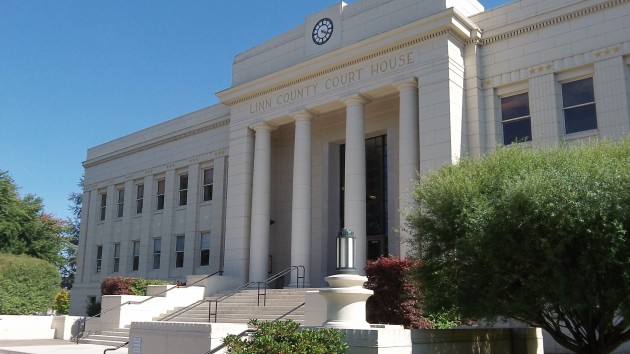 Once again we see the contrast between Linn and Benton counties, this time in the official attitude toward marijuana regulation. Linn County is about to make use of the option it has under state law to ban commerce in weed. Benton County is doing the opposite, preparing to amend its land use code to make sure people can grow the stuff on land zoned for farming once the state licenses them to do so.

The proposed Benton amendments are up for a public hearing in Corvallis Tuesday (noon in the commissioners’ meeting room,  205 NW Fifth St.) The Benton commissioners’ attitude was expressed in their announcement of the hearing. They are “looking to be proactive in identifying any potential issues to ensure that the proper zones for marijuana-related commercial activities are identified to reduce adverse impacts on neighborhoods and communities while allowing local entrepreneurs to explore opportunities in this newly legalized commercial industry. The goal is to have a code that could perhaps be loosened over time, when it’s reasonable.”

In Albany, by contrast, the Linn commissioners have a hearing Monday morning (10 o’clock at the courthouse) on an ordinance to ban any licensed growing, processing, wholesaling or retailing of recreational marijuana anywhere in the unincorporated areas of the county. As required by law. that ban, once adopted, must be submitted to the voters in the 2016 general election. The Linn board plans to act on the ban Tuesday.

Not to be left out, the Albany City Council scheduled a special work session for 7:15 Monday night at City Hall to discuss its marijuana options. As outlined by Assistant City Attorney Sean Kidd, the options range from doing nothing to banning various weed operations or transactions. One of the options would have the city ban recreational retail stores, subject to a referendum next fall, while repealing Albany’s ban on recreational sales at medical pot dispensaries. The various options all have different tax implications (too convoluted to explain here.)

Even though they are close neighbors, Linn and Benton counties have long trended in opposite directions, especially in politics. The contrast continues on weed, but you have to wonder what Linn officials hope to gain by trying to clamp down on a now-legal substance so freely available across the county line. (hh)


5 responses to “Opposites on grass as well”