On Cox Creek Path, the scenery has changed 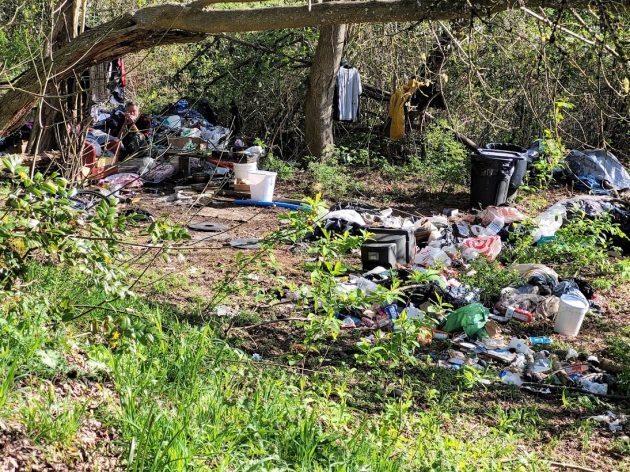 On the banks of Cox Creek: The scene on the afternoon of April 2.

The Cox Creek Path in Albany is about one-third of a mile long and runs from Simpson Park to Salem Avenue. It used to be a scenic segment of Albany’s system of walking and cycling paths. This spring the nature of the scenery has dramatically changed.

There are debris fields associated with squatters’ camps on both sides of the path, barely hidden by the bushes and shrubs. One such area is particularly noticeable. It lies below the path near the banks of Cox Creek.

The last two days, people seemed to have settled on the paved path itself, complete with a fire ring, maybe for cooking or heat. This is directly under one of the trestles that carry Union Pacific and Portland & Western trains across the creek and the path.

If you were trying to find a missing shopping cart lately, the path and the shrubbery on both sides would have been a good place to look. The carts I saw that could be identified were from Target, Winco and Bi-Mart.

All this is taking place along the segment of the path from the trestles to Salem Avenue. In this area, the land on both sides of the path, between the Masonic cemetery and the creek, is within the Albany city limits and belongs to St. John’s Masonic Lodge  No. 17, according to the county assessor’s office.

Albany has two privately run nonprofit homeless shelters. Their existence and their work, it seems, has not kept people from living rough along Cox Creek. (hh) 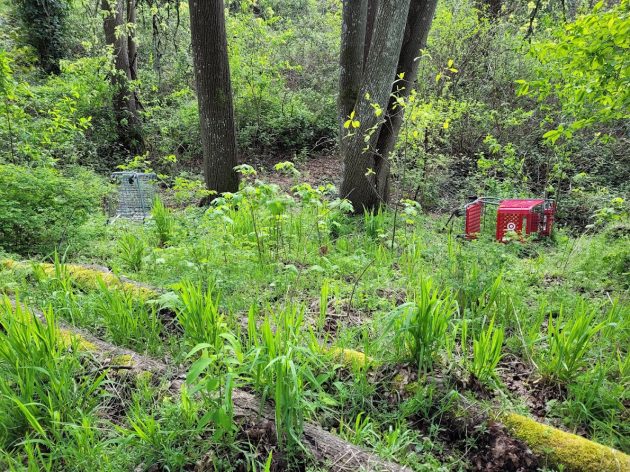 Two shopping carts, one from Target, in the bushes along Cox Creek on April 5. 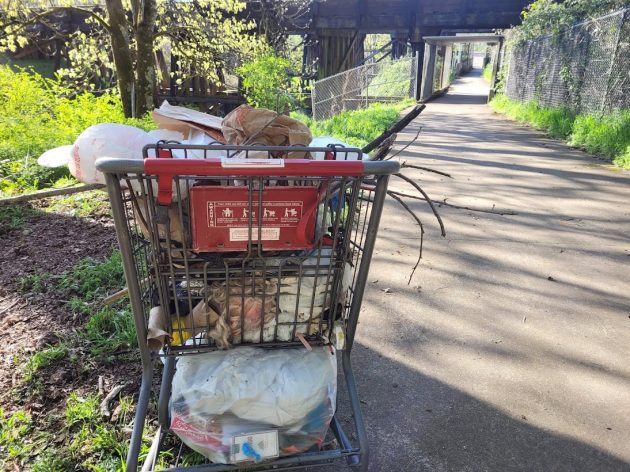 A Bi-Mart cart on the path on April 2.


12 responses to “On Cox Creek Path, the scenery has changed”