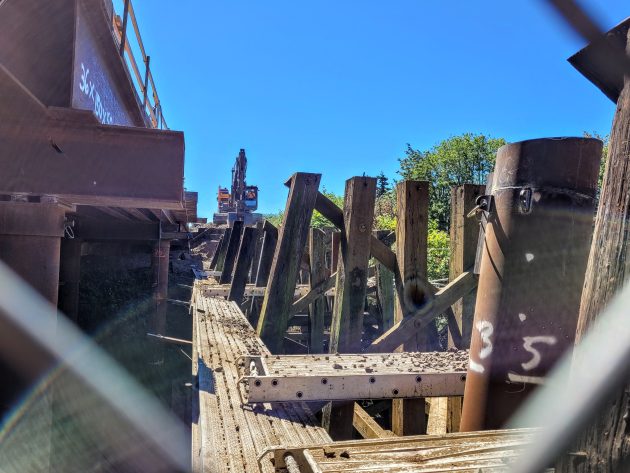 The old wooden ballast trough of the Cox Creek RR bridge was gone by Sunday afternoon. It was lifted off earlier in the day.

At the Union Pacific’s crossing of Cox Creek in Albany, the process of lifting off the old bridge and putting the new one in its place was about halfway through when I stopped there on Sunday afternoon.

Bob Hirte, director of Hamilton Construction’s rail division, was on the scene and told me the work had gone more or less smoothly.

The only hitch was that the wooden structure wouldn’t come up all the way at first. Turns out that one remaining nail was holding it, until that too was cut.

The crew expected to have the concrete replacement bridge in place on its new steel piers by late afternoon. Like the wooden bridge, the new one is in the shape of a trough that holds crushed-rock ballast, on which the ties and rails are embedded.

By Monday morning, trains will once again be able to cross the Cox Creek gulley, near Talking Water Gardens. The track was closed, obviously, during the hours when there was no bridge.

Hirte told me the company would remove the old wooden piers later.

The work Sunday was done by a Hamilton crew of 17, and about 10 working for a subcontractor.

The Cox Creek Path, which crosses under the Union Pacific mainline and a track used by the Portland & Western, remained open except when the old bridge was hanging from the crane. Flaggers controlled access the rest of the time. (hh) 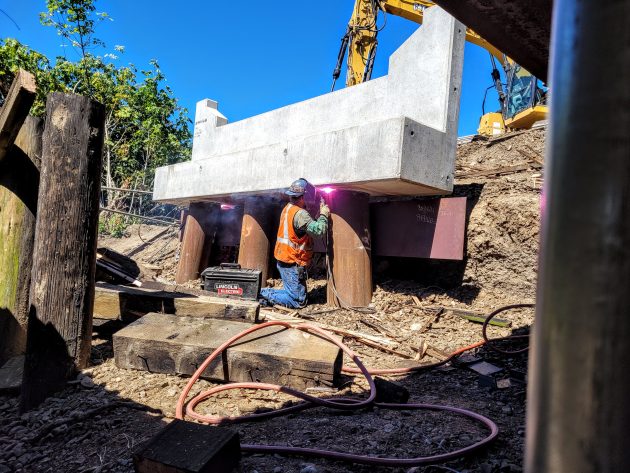 A worker fixes part of the new bridge to a pier holding it up. 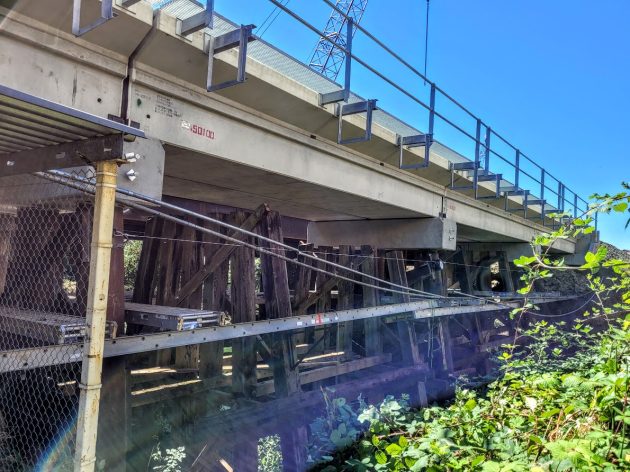 And here’s the new concrete bridge in place, photographed at mid-day Monday.