Not a trestle, but a temporary platform 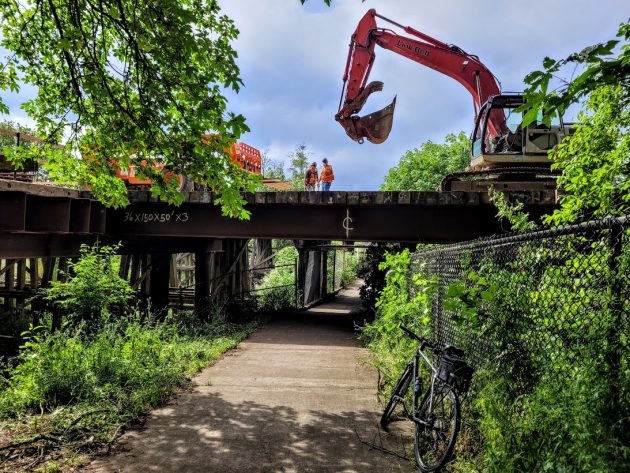 Looking west at the underpass of the Cox Creek Path on Wednesday afternoon.

No, lack of headroom won’t be a problem as the Union Pacific builds a massive structure over the Cox Creek Path in Albany.

I speculated about this yesterday, but today I learned more about the construction project from one of the men at the site.

For one thing, what they’re building over Cox Creek is not a temporary trestle, as I had been led to believe, but a temporary platform.

The platform is being formed with steel girders holding up heavy wooden beams. These will be covered with a layer of dirt.

The platform will support a crane the raiload will bring in for the job of replacing the Cox Creek trestle on its mainline. When the new trestle is in place and the crane is no longer needed, the platform will be removed.

Replacing the trestle, I was told, would take maybe a month and a half.

Part of the platform would have made a low ceiling over the path if it had been extended that far. But it won’t get any closer to the path, so my headroom question is moot.

I got all this info while standing on the path and shouting questions to one of the guys on top of the structure, and him very kindly shouting back.

As you can probably tell, the Cox Creek Path is on one of my bike routes. So you should not be surprised if this is not the last report on this project.

It should be interesting to see how the railroad manages to replace the old trestle without shutting down traffic on the track. (hh) 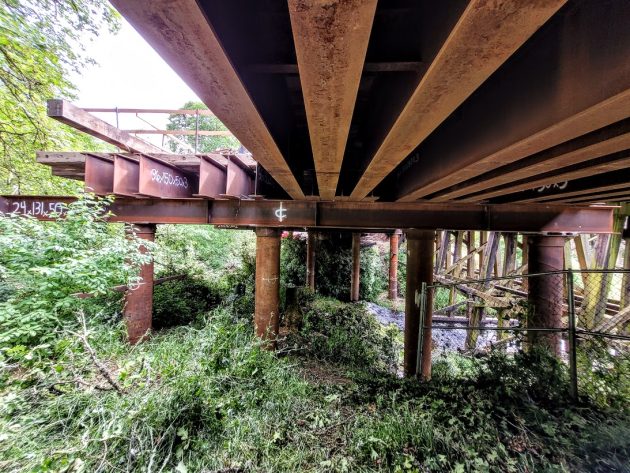 The underside of the platform the UP is building over Cox Creek. 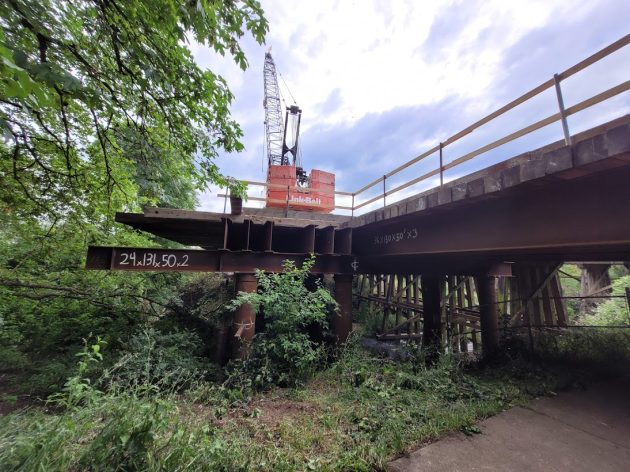 And here’s the crane, sitting on top of the finished platform after hours on Thursday afternoon.


One response to “Not a trestle, but a temporary platform”