Nearly three minutes of surf in the sun 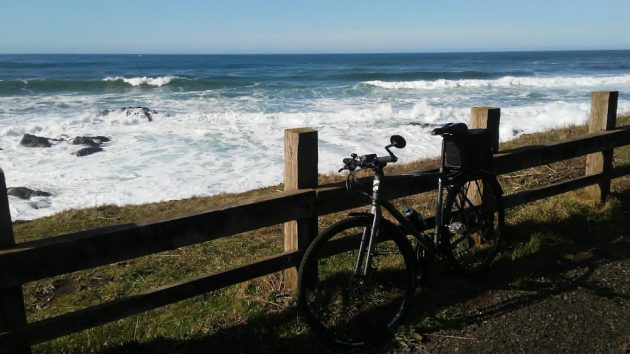 It will be Monday soon enough. But before the start of another valley week in February — first fog, possibly freezing, and later rain — take a look at some surf in the sun.

It’s not warm surf, no. It’s surf on the Oregon coast, after all. If you were there on Sunday, and if you happened to take your bike for a short ride up and down 101 north and south of Yachats, you could not help but notice the stiff cold breeze.

And, enjoying the sunshine despite the wind, you might have stood there, gazing at the surf for nearly three minutes through your phone. Like this:

Now, after this little interlude, starting Monday, back to the usual stuff on this blog, such as it is. (hh)


4 responses to “Nearly three minutes of surf in the sun”