More apartments on Albany’s east side 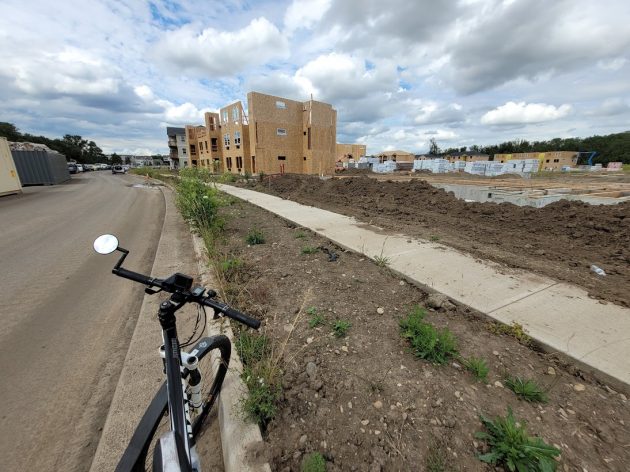 On Wednesday I took a bike ride to the east side of Albany to take a look at the site where a series of apartment blocks are sprouting up south of the roundabout on Knox Butte Road.

The building permits on file say there will be 24 buildings, with most having 12 units each. There’s also a central recreation area complete with a pool. The apartments range from 728 to more than 1,200 square feet, with one, two or three bedrooms each.

There will be parking stalls for 558 cars, including 71 garages. Clearly this was not planned as a residential area for people who don’t have or need cars.

The site plan shows 66 parking spaces for bicycles, including 11 covered ones.

A couple of things about this project may have changed since the city of Albany’s community development director approved the site plan and a floodplain development permit in May 2020.

One is the name of the development, which lies east of Timber Ridge Street (I forgot the “Ridge” in my halting commentary on the video) and south of the roundabout of Timber Ridge with Knox Butte Road.

When the city approved it, the project was known as the Brandis Meadows Apartments, named after the family that used to own the acreage. But the sign on the roundabout says “Eagle Pointe Apartments.” (Are we supposed to pronounce that as “pointy”? Probably not. But “Brandis Meadows” has more class.)

The plans are the other thing that may have changed, a little anyway. The city’s approval was for 264 apartments, according to the May 15, 2020, notice of decision. But the building division says online that it issued permits for 268 units.

According to the sign, the place was to have been ready by the summer of 2022. That is now, and while a couple of the buildings look nearly finished on the outside, most of the others won’t be ready for tenants for a number of months. (hh) 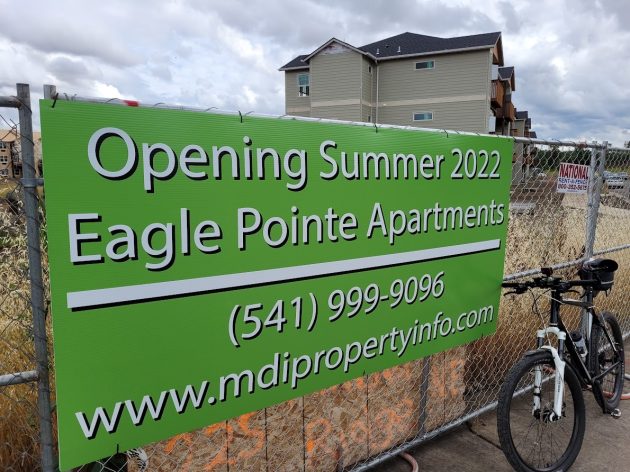 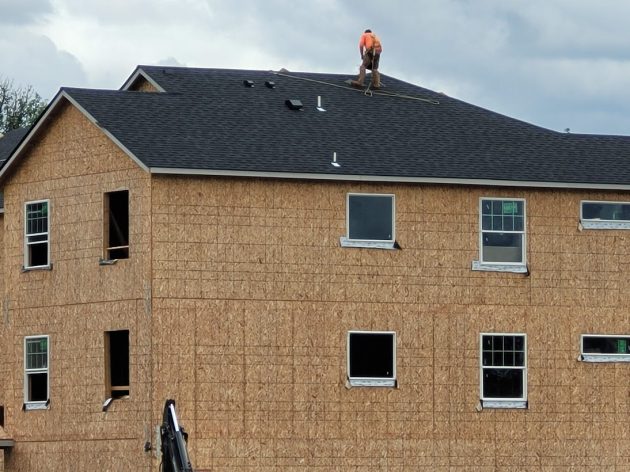 Some of the work is pretty high up on the three-story buildings.


12 responses to “More apartments on Albany’s east side”