May city use $1 million to shelter the homeless 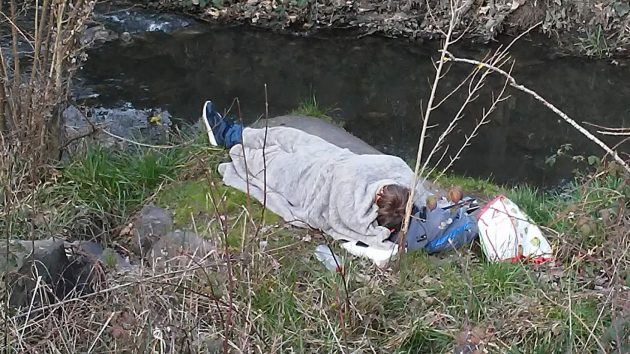 On March 1, 2020, an apparently homeless person was sleeping beside Periwinkle Creek.

Over the next year or so, the state government is giving Albany $1 million to spend on “programs or services to address housing insecurity, lack of affordable housing or homelessness.”

This is the result of Senate Bill 5561, passed during the special session of the legislature Monday. Just how the money will be spent is yet to be determined, and there’s no guarantee it will do anything to reduce the number of people who occasionally have to sleep in public places or on the riverbank. But it should.

The legislation took effect immediately, under an emergency clause,  but just when the money will be available is not clear.

City Manager Peter Troedsson mentioned the allocation in his Friday report to the council.

“Community Development department staff,” he wrote, “are already evaluating the city’s most pressing housing needs and will be meeting with area agencies to verify these needs and help assess current priorities and opportunities. Funds will have to be allocated within the community by June 30, 2023.”

He expects the city council will get involved at an upcoming work session to review funding requests from various agencies.

A million dollars isn’t what it used to be, and it may not really solve much. But surely not having a roof over your head is an immediate and “most pressing” need.

Whichever way the council eventually spends the money, the result should be to increase the number of available shelter spaces for people who otherwise have to sleep in downtown doorways or public parks. (hh) 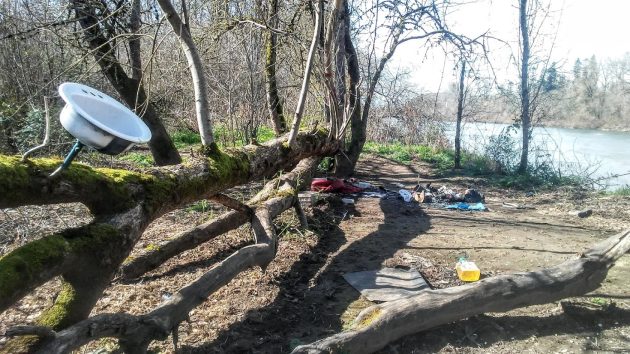 The remains of a homeless camp on the Willamette River in 2020.