‘Labor Temple’ will get a new name 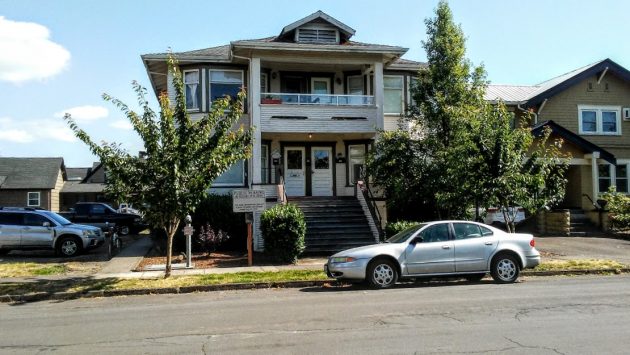 The Albany Labor Temple hasn’t been called that for many years, and now its owners want to rename it for its origin more than a century ago. They intend to call it the Wood Apartments.

The two-story apartment house in the Craftsman style at 222 Third Ave. S.E. was constructed around 1910 for Frank and Elizabeth Wood, according to a survey of Albany’s historic structures compiled in 1990 by Roz Keeney.

In 1950, it became the headquarters for the Albany locals of labor unions such as the Carpenters, Retail Clerks, Teamsters, Plywood Workers, and United Steel Workers. The Albany Building Trades Council also had its address there.

But by the turn of the century, back as apartments, the place had become run down. A few years later the Albany Revitalization Area supported projects to remodel the building for four apartments. The apartments got done, but the city eventually had to foreclose on unpaid loans. The city got its money back when it sold the structure to Scott and Spencer Lepman in 2018 for $375,000.

Now the Lepman brothers are before the Albany Landmarks Commission for a public hearing Wednesday night. They want to remodel the unimproved basement to add four one-bedroom apartments, and put a small addition on the building’s rear.

They need Landmarks approval for the exterior changes their project requires, including making the basement windows bigger.

The city planning staff says the changes meet all the historic-review requirements of the Albany Development Code and recommends that the Lepmans’ application be approved as proposed.

What with the urban renewal actions at this address over the years and then the sale two years ago, the Labor Temple has been in the local news every few years. We’ll probably quit calling it that when the new name, Wood Apartments, is put up in big letters on the front, as the drawings show the Lepmans plan to do. (hh)

Postscript: The Landmarks Commission on July 1 unanimously approved the proposed exterior changes on the building. 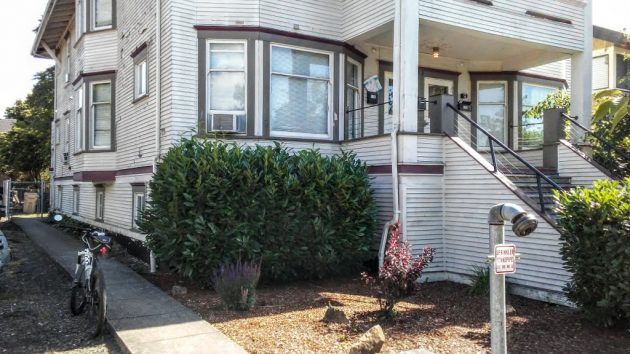 The basement windows along the building’s sides are to be made bigger.


3 responses to “‘Labor Temple’ will get a new name”