Ho-hum: No end to parking saga 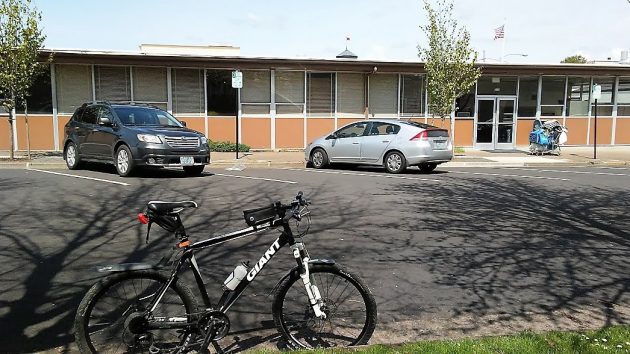 The same old story, it seems: As this Wednesday photo illustrates, backing into those angled spaces on Second Avenue outside the Albany Post Office just is not intuitive enough for some drivers.

This is not surprising. Based on a staff recommendation but without any public input, angled back-in parking was adopted by the advisory board of the Central Albany Revitalization Area at one meeting in May 2016. Nobody at the time considered the substantial difference between right-hand angled back-in parking, common in downtown Albany in the 1920s, and left-side angled back-in parking as now in effect on Second and Calapooia outside the post office.

With right-hand back-in parking, the motion is essentially the same as the parallel parking we all learning in driver’s ed. But none of that works when the angled spaces are on the left side. Drivers can’t see the lines on the pavement unless their vehicles have a back-up camera. And when pulling out, it’s sometimes impossible to see oncoming traffic because your view is blocked, if not by a pickup parked on your right, then by the pillar between your front and back side windows, or the headrest on the passenger seat.

My guess is that despite occasional ticketing of nose-in parkers, the problem will persist and continue to be an irritant as long as the back-in parking pattern is maintained. (hh)