Hearing coming up on riverfront method 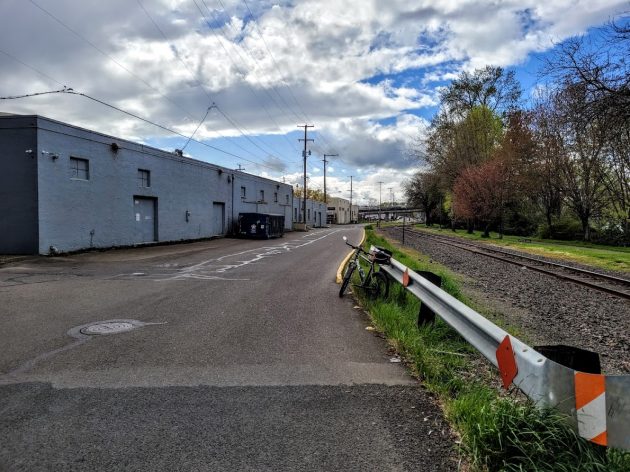 The waterfront project includes new pedestrian crossings of the tracks, including here at Water and Montgomery.

Albany’s long-planned Waterfront Project comes up for a public hearing next week, not on the merits of the project itself but on the method of getting it built.

Acting as the Albany Revitalization Agency (ARA), the city council will hold the hearing Wednesday night, May 11, after the conclusion of the regular city council meeting at City Hall. Instructions on how to testify in person or remotely are included with the agenda, available here.

The hearing is necessary because the city wants an exemption from regular bidding requirements in order to have the riverfront redevelopment done by a method called “construction manager/general contractor” or “CM/GC.”

Last month the council/ARA rejected four bids, including the low bid by an Albany contractor at $2.4 million, for the first phase of the project. The city staff had recommended this step, citing possible supply-line delays for materials that would likely push the work into 2023, when the second and bigger phase of construction is anticipated to be done.

Under the proposed alternative approach, Albany would request proposals from companies and hire one to oversee the total project, both phases 1 and 2, as construction manager. The manager would review the project for savings and “constructibility,” among other things, and then get bids for the construction. The city could cancel the contract after the “pre-construction phase.”

The overall project, in the planning stages since 2018, calls for changes in Monteith Riverpark and along Water Avenue and the Dave Clark Path from the park to the railroad trestle. The budget is $15 million in urban renewal funds from the ARA and another $1.2 million for replacing a water line.

Councilman Dick Olsen has expressed reservations about going ahead with the riverfront work. He thinks CARA, the city’s urban renewal district, would do more good by spending its remaining funds in other ways, such as helping owners fix up buildings downtown.

He has not, however, persuaded a majority of the council. The hearing on the contracting method may give him a chance to try again. (hh)

This city illustration shows the outline and extent of the planned riverfront work.


10 responses to “Hearing coming up on riverfront method”