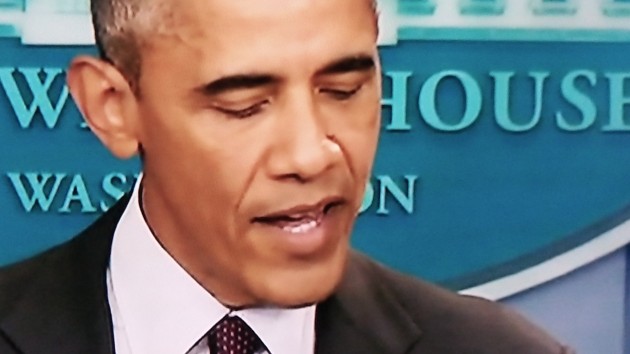 Here we go again with the debate about what President Obama calls “common-sense” gun laws. On Thursday, after the massacre in Roseburg, Obama complained about citizens who oppose “any modest regulation of how we use a deadly weapon,” as though he’d never heard of all the laws on that very subject.

The president cited Britain and Australia as countries that enacted sensible gun laws. Both countries sharply restrict and control private ownership of firearms, both in reaction to mass shootings.

In Britain, the law bans semiautomatic weapons and anything with a barrel longer than 30 centimeters. People can have shotguns, black powder rifles, and manually loaded cartridge-firing pistols and manually loaded center-fire rifles. But Britons must have a firearms certificate to own any gun, and to get a certificate they must convince the authorities they have a “good reason.”

Australia bans all automatic and semiautomatic weapons and confiscated several hundred thousand such guns in a mandatory buy-back program. In order to have other kinds of guns, you have to show a “justifiable need” and undergo strict licensing procedures including waiting periods and background checks.

In neither country do citizens have a constitutional right to bear arms. Here we do. So there is no question here of “justifiable need.” In Oregon, all we have to do is point to the Second Amendment and Section 27 of Oregon’s Bill of Rights as guaranteeing the right to bear arms, even though the right is restricted with background checks and various requirements.

So the president and the rest of us can save our breath. Portland and Eugene combined might be able to have the votes to scratch Section 27 from the Oregon constitution, but neither two-thirds of Congress nor three-fourths of the 50 states are going to repeal the Second Amendment.

On Thursday Obama referred to life-saving seat belts and said: “The notion that gun violence is somehow different, that our freedom and our Constitution prohibits any modest regulation of how we use a deadly weapon, when there are law-abiding gun owners all across the country that could hunt and protect their families and do everything they do under those regulations doesn’t make sense.”

The president should know that if we had laws like Britain and Australia, law-abiding gun owners could NOT  “do everything they do” now. So this “notion” he dismisses does make sense after all. (hh)