Group finds a site for its tiny-house village 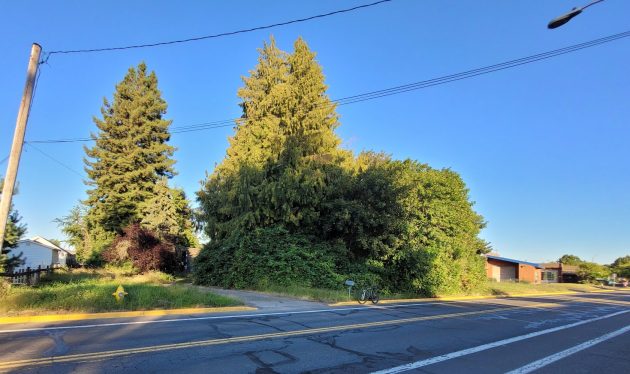 This is the wooded 1.3 acres at 241 Waverly Drive S.E. the Creating Housing coalition proposes to turn into Hub City Village.

Creating Housing Coalition has let people know where it intends to build Hub City Village, its proposed community of about two dozen tiny houses for people who otherwise would likely be homeless.

The Albany nonprofit sent an email Monday announcing that it had entered into a contract to buy a piece of land, the 1.3-acre parcel at 241 Waverly Drive S.E., on the east side of Waverly between Pacific Boulevard and Salem Avenue.

The densely wooded property is occupied by an old homestead, which now looks vacant. The site is bordered by single-family lots on the north and, on the south, by a car cash and lube business and a motel.

The coalition gave no details about its contract, including how much it plans to pay. It did publish a layout of its array of small dwellings and said it had presented the plan to city planners and made changes.

Last fall, the Albany City Council approved a request by the property’s owner, R.J. Alldritt of Bend,  to rezone the parcel from single-family to medium-density residential use.

Councilwoman Stacey Bartholomew recused herself from that action without explanation. Now we know the reason. She’s the president of Creating Housing Coalition. Her group evidently had its eye on the property by that time and needed the zone change to make it work.

The housing group has not yet filed for a land use permit. When it does, it will seek approval of a “planned development” and a tree-felling permit.

City planning manager David Martineau told me the coalition’s preliminary plan so far is for “between 21-25 small dwelling units … together with a community building, parking, landscaping, and gardens.”

There will have to be a hearing before the city planning commission to get the project approved.

The coalition is supported by government grants and money that is privately raised. Speaking of which, it has a fundraising dinner planned for Sunday, July 17, at the Albany Golf and Event Center. For details, check the organization’s website here. (hh) 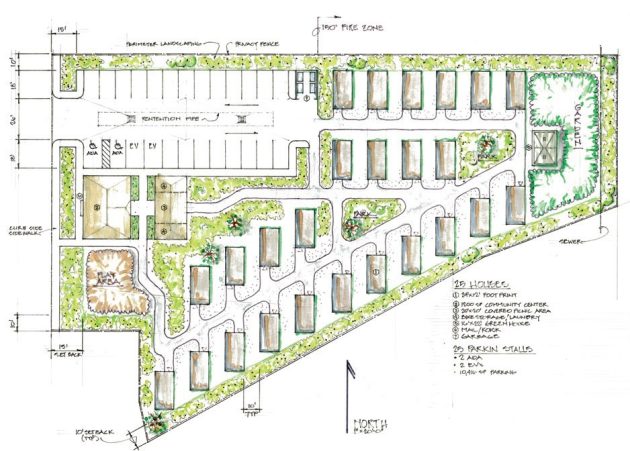 The Housing Coalition published this drawing of its proposed development on Waverly Drive. 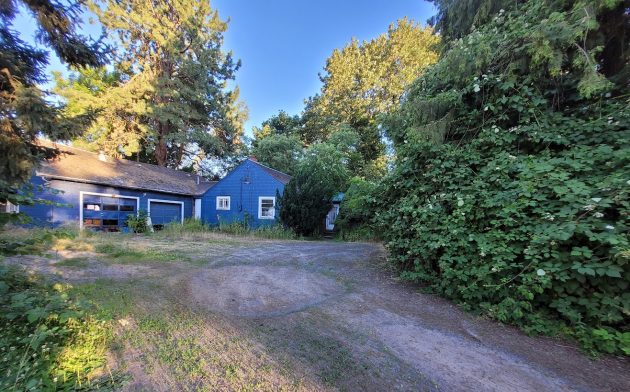 This is what’s there now.