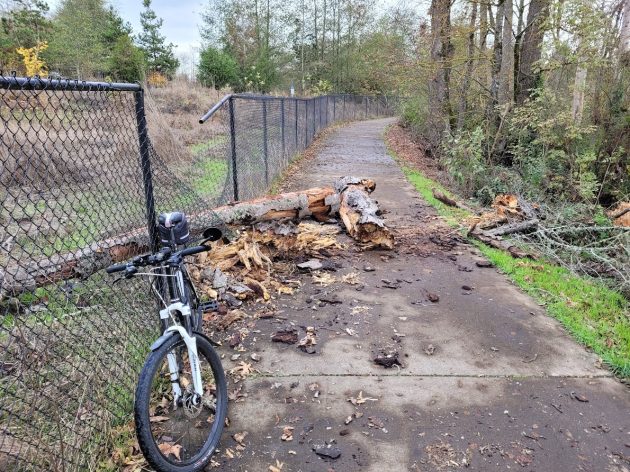 If no one was there, did this make a sound?

Saturday was a fine day to ride a bike around Albany, and on the Cox Creek Path I came across the aftermath of something that has happened on that path before.

That’s according to the archives (if you can call them that) of the stories and photos on hh-today.

In each of those prior cases, I came upon the scene after one or two rotten old trees along the banks of Cox Creek had toppled across the pavement and taken out sections of the chainlink fence. The fence separates the path from Talking Water Gardens.

And as you saw in the video, the same thing happened this time.

It looks to the non-arborist and the layman — that’s me — that the trunk of what I assume to be a dead cottonwood was decayed through and through. It might not have taken a gale or a really strong gust to lay this thing down.

I don’t know when it fell, but I assume it was very recently since there hasn’t been time to clear the broken pieces off the path.

There are other tall old trees between the path and the creek. So chances are that sooner or later this will happen again. (hh) 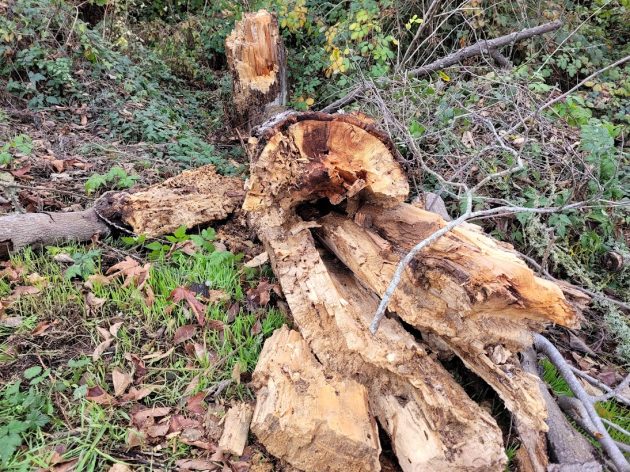 This doesn’t look like the inside of a vigorous healthy tree.