City gets site plan for a new dispensary 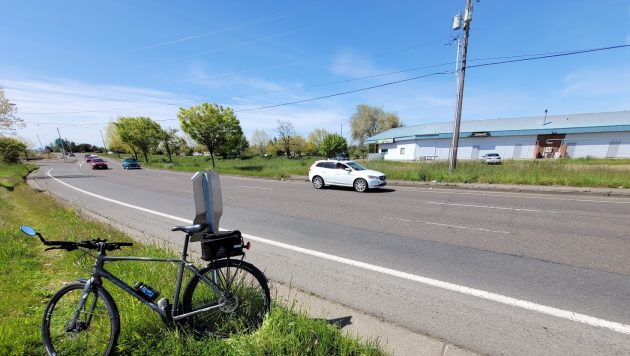 As seen from the other side of Ninth, this is the site of a proposed “Albany Dispensary,” between the street and the back of the white building in the background.

The Albany Planning Division has issued a public notice of a proposed building project, called “Cannabros Albany” on one plan sheet and “Albany Dispensary” on another, off the eastbound leg coming off the Pacific Boulevard overpass.

The vacant piece of property is on two adjacent tax lots at 739 and 815 Ninth Ave. S.E. Ninth Avenue there is part of the couplet carrying two highways, Oregon 99E and U.S. 20.

The site is between the highway and the back of a strip mall facing Pacific Boulevard. There’s already a marijuana shop in the strip mall, and two more within a block to the east.

The property owner, Peter E. Brock of Sherwood, told me on the phone that the project was still in the planning stages and he didn’t want to comment on it.

The plans submitted to the city for review call for a one-story, 2,438-square-foot building for retail sales. The planning staff says it is intended as a shop selling marijuana. There would be parking for 18 cars and 10 bicycles.

The city planning staff said the application was for approval of the site plan as well as adjustment of a property line.

Owners within 300 feet were being notified of the application and invited to comment on it in relation to standards in the city’s development code. The standards cover points such as off-street parking, landscaping and such. Comments are due by the close of business on May 18.

The zoning designation of the property is “community commercial,” and the proposed use is allowed there.

Approval of the site plan is required before a building permit can be issued. But not all approved site plans result in something actually being built. (hh) 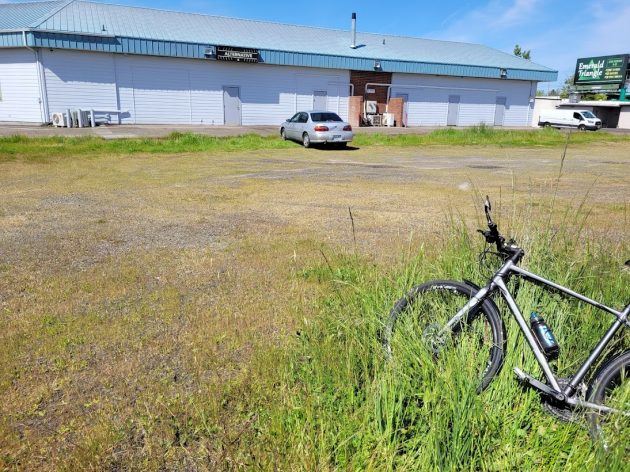 This bare patch of ground is roughly where parking for the proposed building would be.


5 responses to “City gets site plan for a new dispensary”