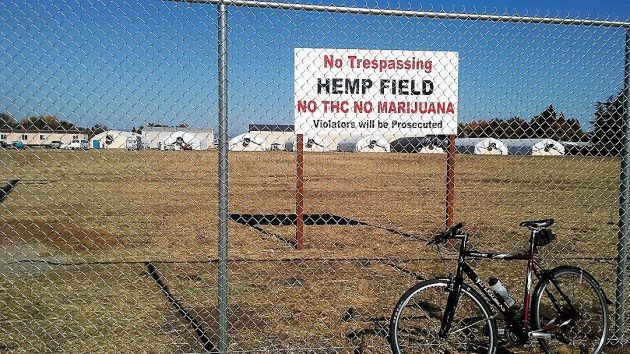 Outside of Medford, a big sign tells passersby what’s behind the chain-link fence and warns them to stay out.

On one of my occasional bike rides outside of Jacksonville in Southern Oregon, I was struck by the proliferation of fences around what you’d think would be agricultural sites.

The one at the top clearly announces that it’s a hemp operation, not to be confused with the more popular and conventional form of cannabis. There’s nothing in hemp to get high, so there’s no point in users trying to scale the fence.

The gate was open, though, and there was a sign for help wanted. There also was another sign with, among other points, a reference to the U.S. Constitution and a legal definition of “trespass.” 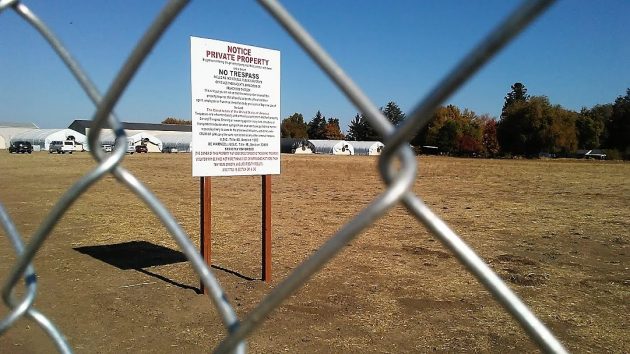 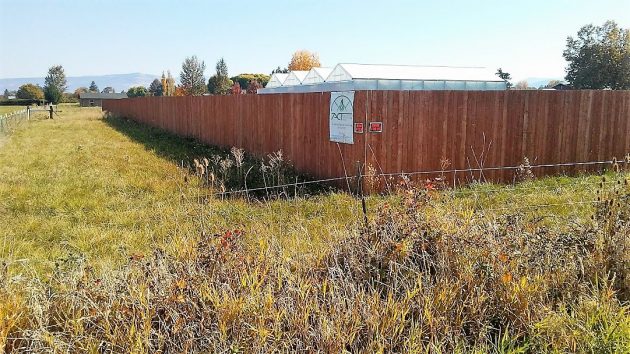 They apparently don’t want you in there, or even to be able to see inside. It may have to do with security or the OLCC regulations concerning the fencing of licensed recreational marijuana plantations.

At another place, the signage on the locked gate (it was Sunday) was clear: No minors, and otherwise access is limited to only licensed personnel. 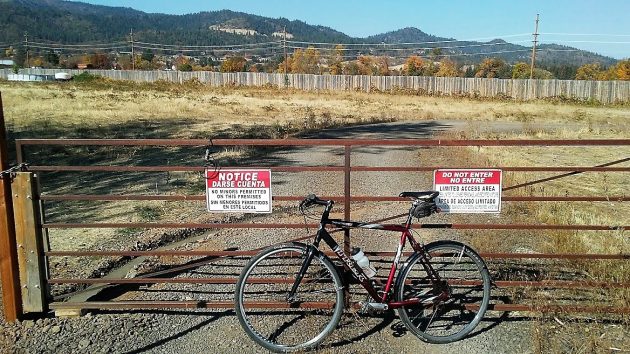 All this may be necessary. But I’m not sure anybody realized ahead of time that by changing the laws on industrial hemp and recreational marijuana over the last few years, we also forced some of our Oregon farms to be fenced off.

Makes you appreciate all the more that in this area, the mid-valley, the crop that has proliferated the most is filberts. You don’t need impenetrable fences or trespass warnings to protect nuts. (hh)