CARA board stalls on waterfront project 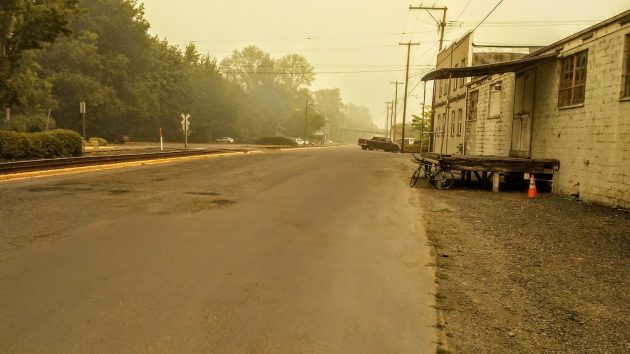 Looking east on Water Avenue on Sept. 11. This west end of Water is to become a “plaza street.”

The scope of Albany’s planned waterfront redevelopment remains unsettled after the advisory board of the city’s urban renewal district, CARA, this week could not agree on the details and a decision was put off.

Consultant Chelsea McCann of the firm Walker Macy presented a package of scaled-back changes designed to fit a $14 million construction budget. The plan left out elements that had been considered before.

On Water Avenue, the consultants’ package would reduce the “plaza street” treatment from four blocks to three at the west end, improve six blocks as a “green street,” but do nothing on the remaining blocks from Jefferson eastward to Main. Total cost would be about $8 million.

At Monteith Riverpark, the plan called for a $5.9 million facelift. This included putting a new canopy on the stage, rehabbing the restrooms and two riverside piers, adding a play area and changing the entrance on Washington Street. The plan omitted the idea of demolishing the senior center in favor of a market pavilion. It also dropped a proposed children’s water-play area.

Along the Dave Clark Trail, the plan would have CARA spend around $360,000 to rebuild a short boardwalk, improve lighting there, provide connections to Water Avenue, and remove invasive plants along the riverbank.

Various members on the CARA board spoke up for items the plan omitted, including the kids’ splash pad at Monteith, replacing the senior center, rebuilding the whole of Water Avenue instead of  stopping at Jefferson, and completely replacing the Monteith stage, among other things.

The board members ended up asking for more information, including cost estimates for each item. This will come up again at the next CARA advisory board meeting on Oct. 21.

Maybe there will be a decision then. Or not. (hh) 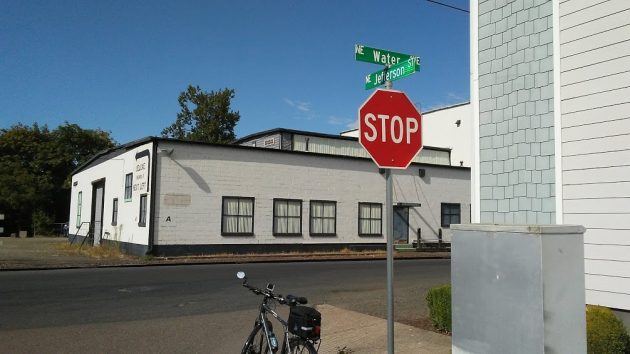 The plan would improve Water Avenue only to this point, but some on the CARA board didn’t like that.


6 responses to “CARA board stalls on waterfront project”