Written May 22nd, 2014 by Hasso Hering
Comments: one response. 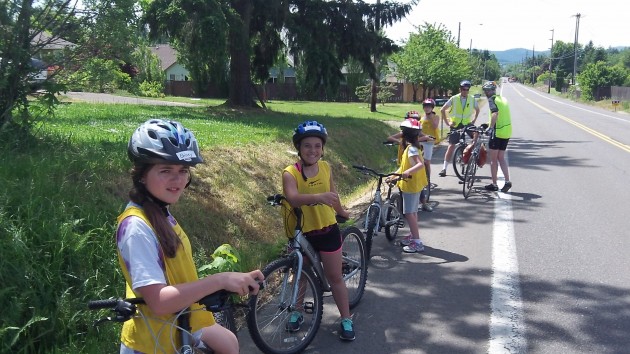 This group waits on Gibson Hill for a classmate and chaperone to catch up.

Thursday was graduation day for the fifth-graders at Albany’s Oak Grove School who took part in a weeklong “bike safety carnival.” With volunteer instructors and chaperones leading they way and bringing up the rear, several groups of half a dozen or more rode through North Albany neighborhoods and headed down busy Gibson Hill Road to North Albany Middle School.

It’s on Gibson Hill Road where the city plans to build a trail separate from the road next year, which might make parents a little less nervous about letting their children ride a bike to and from the middle school.. 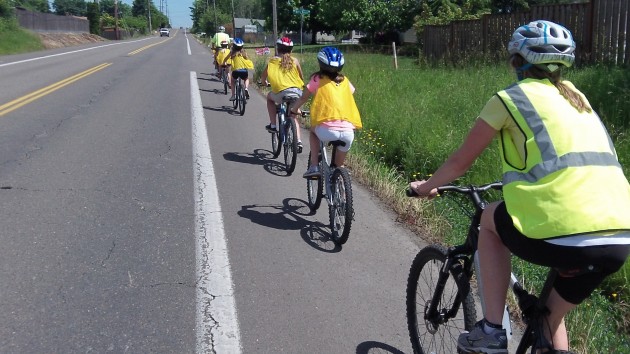 With adults front and back, another group chugs up the road.

For years volunteers have been coaching Albany fifth-grade classes in bike safety and rules of the road for cycling. Before the current school year is out, classes will also be held for children at Waverly and Sunrise schools.

This effort makes everyone a little safer on the streets. Also, though, it gives young people a taste of how far they can go on a bike. With any kind of luck, they’ll keep riding as they grow up. They’ll enjoy the independence and fun of going somewhere while getting exercise at the same time and using no fossil fuels at all. (hh) 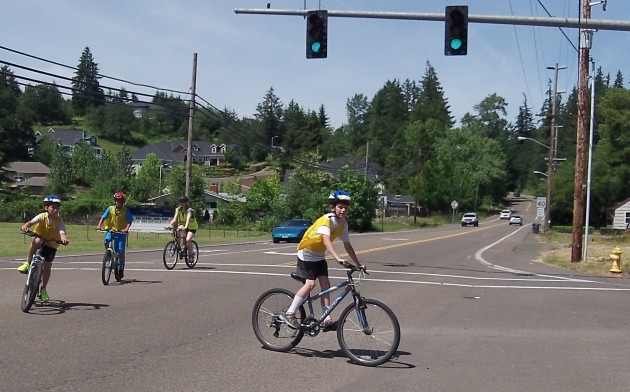 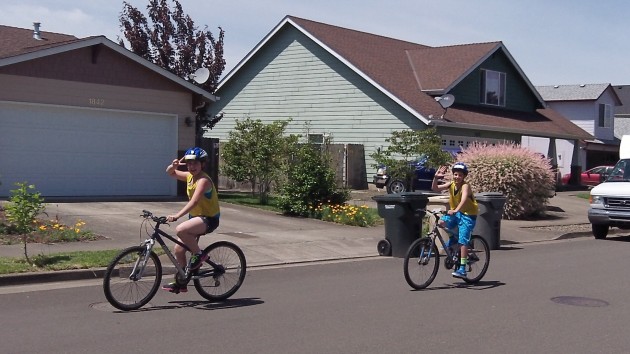 These two are enjoying themselves.


One response to “Bike graduation at Oak Grove”