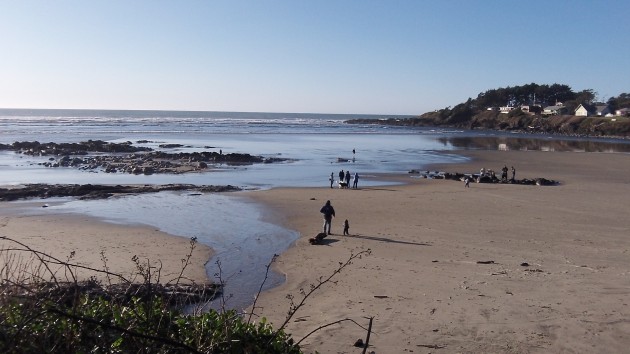 Does this place look like it needs a smoking ban?

Before we get overly exercised about the proposal to ban smoking tobacco on Oregon beaches, we might want to ask: Where would the authority for such an action come from? And would a ban stand up in court if someone was charged with a violation of this imperial edict?

It was two years ago, in August 2012, that Gov. John Kitzhaber issued an executive order declaring certain state properties to be tobacco-free. He didn’t cite any authority in state law, perhaps because he assumed that since the state is the owner of state buildings, the governor counts as a landlord and can make the rules. No one challenged him because smoking is now considered so disgusting that no one would want to speak up and appear to be defending it.

Let’s be clear, though: Smoking may be a dirty, dangerous habit and no one should do it. But it’s not a crime; it’s perfectly legal and in fact the state gets a good chunk of tax revenue from taxpayers who ignore its no-smoking admonitions.

Kitzhaber’s executive order exempted the ocean beaches as well as highway rest areas. But it “encouraged'” the Oregon Parks and Recreation Commission to adopt “policies by December 31, 2014, that limits or restricts (sic) the use of tobacco products at state parks and recreation areas to address wellness issues, and to reduce the risk of forest fires.” None of this calls for a “smoking ban” on the beaches, even though that’s how the issue has been described in the press.

Suppose the parks commission does try to ban smoking tobacco. And suppose a benighted old man, sitting on a driftwood log, manages to light his pipe despite the stiff breeze whipping in from the sea. No one scanning the beach from a watch tower (we don’t even have lifeguard posts) and spotting the smoker through binoculars is going to send a patrol to give him a ticket. Though if that did happen, the guy should demand to know what law says he can’t light his pipe on the beach. (And if voters have legalized recreational marijuana by then, the tobacco ban would look even sillier and indefensible than it appears now.)

If I were on the parks commission, I would respond to the governor’s “encouragement” by adopting a policy to put up signs to add to all the other signs on public paths leading to the beach. The new signs would say: “Smoking is discouraged. So please don’t do it.” That would get the commission off the hook with Kitzhaber, assuming he’s still in office after this year. (hh)


2 responses to “Beach tobacco ban: Show us the law”