Asking questions as the virus marches on 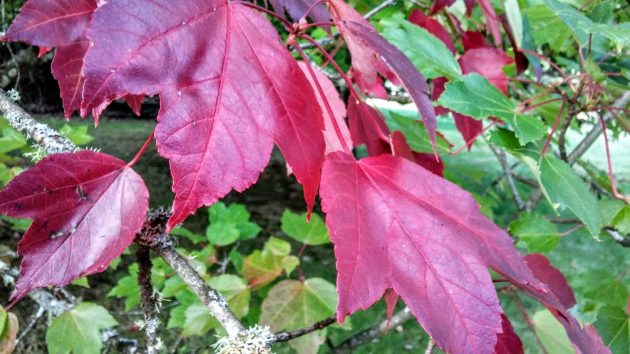 We’re well into autumn, and the 2020 coronavirus epidemic in Oregon continues.

The coronavirus numbers put out by the Oregon Health Authority and recited by the press could use a little interpretation, starting with the number of “new deaths.”

On Thursday, for instance, the headline on the state handout was “OHA reports 373 new confirmed and presumptive Covid-19 cases, 11 new deaths.”

Of the deaths, only one was really new. It was the case of a 96-year-old woman in Washington County who died in her residence on Oct. 20 after testing positive for the virus two weeks before.

One of the so-called new deaths had occurred on Oct. 4, another two days later on Oct. 6. Then there was one on the 11th and another on the 13th. One was on the 15th, a week before the report. Others happened on the 17th, the 18th and the 19th.

The point that is the ups and downs in the daily corona death reports don’t mean that things are getting better or worse. The deaths are not made public on the day they happen but when the individual reports reach the data compilers at the OHA.

Two other things worth asking about.

One is the matter of recovery from the virus. In its weekly surveillance summary, the state touches on that point. The latest report available Thursday still cites numbers based on people who got sick in April and were interviewed before May 1. Of them, 1,682 or 89 percent were considered recovered. The report also says the median recovery period of people who had symptoms but were not hospitalized was 20 days.

As of Thursday, total cases in Oregon were 40,810 and total deaths numbered 646. Twenty days before, the total number of cases was 34,163. By now, even if a few of them are included in the current total of deaths, that still leaves more than 33,000 who are recovered. Why then does OHA not update its data on how many have beaten the disease?

Then there is the question of excess deaths.

By Oct. 4, some 29,029 Oregonians had died since the first of the year. That was nearly 1,700 more than the three-year average for that date, and more than 2,000 higher than the five-year average. But the number of deaths associated with Covid by that date was 584.

The numbers tell us that people in Oregon this year are dying at a much higher rate than average, but most the of excess deaths could not be blamed on the virus.

So the question is: What is it that is hastening so many more people than usual to their deaths? (hh)


24 responses to “Asking questions as the virus marches on”