An infill project on Water Avenue 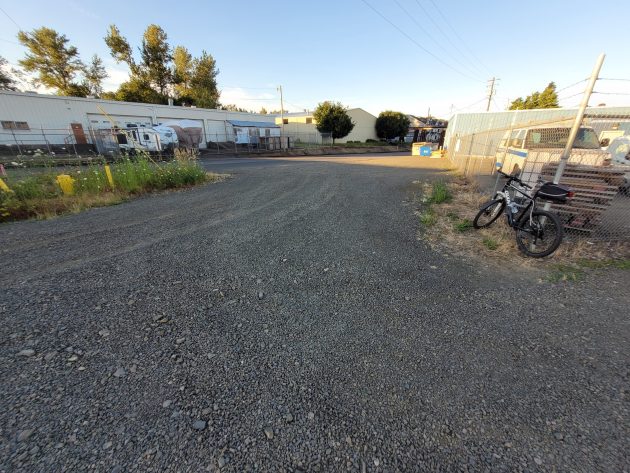 This patch of gravel on Water Avenue is a triangular tax lot where the owner proposes to build a three-story structure.

Talk about infill! That’s the idea of building on vacant lots surrounded by established uses, and the latest proposal by Albany developer Scott Lepman certainly qualifies.

The city planning division has just published a public notice about Lepman’s proposal for a triangular piece of land, only about 2,300 square feet, on the south side of Water Avenue. The site is just west of Jefferson Lofts, the former warehouse Lepman and his brother turned into apartments about 20 years ago.

In this latest proposal, Lepman and his company’s development coordinator, Candace Ribera, want to put a three-story building on the Water Avenue lot, with covered parking, commercial space on the ground floor, and two apartments above.

They are asking for city approval of the site plan. The planning staff invited neighboring property owners within 300 feet to submit comments by July 22 on how the plan meets or doesn’t meet development standards such as parking, landscaping, and others.

The site is owned by Glorietta Bay LLC, one of the Lepman companies. His enterprise has finished or is working on several other residential developments in Albany, including the Fortmiller Building on Third Avenue, the Opera House apartments on First, the Wood apartments and several townhouses on Third, the old city hall and post office at Second and Broadalbin, and now also the rehabilitation of the former St. Francis Hotel.

Lepman’s application doesn’t say whether he’ll seek urban renewal assistance for these two apartments on Water. Getting the site plan approved is only the first step, and there’s no telling if and when the structure, shown in the drawing below, will be built. (hh) 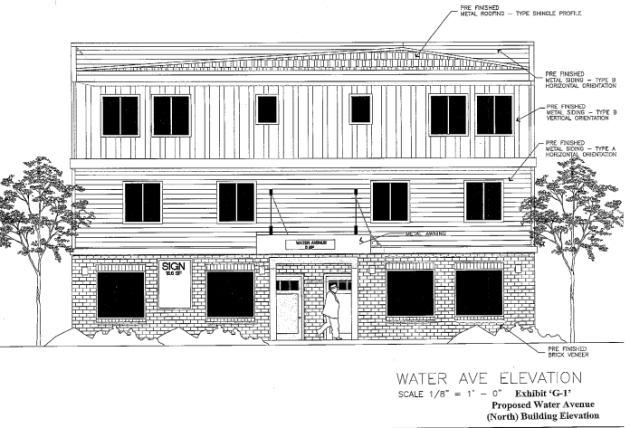 
2 responses to “An infill project on Water Avenue”