A new plan to save the St. Francis and then some 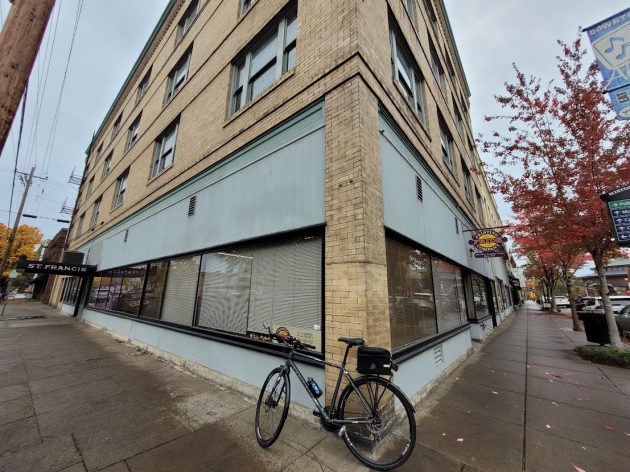 A sharp-angled view tonight of the St. Francis at First Avenue (right) and Ferry Street (left).

Scott Lepman, the Albany real estate investor and developer who has tackled several big restoration projects, has come up with an even bigger one. His organization will save the former St. Francis Hotel downtown and also restore the former city hall building if the urban renewal district, CARA, will help him lower the financial risk.

The CARA advisory board and then the city council acting as the Albany Revitalization Agency (ARA) on Wednesday unanimously agreed to enter into an agreement with Lepman to carry out his plan.

The actual agreement has yet to be worked out and will probably come up at the next ARA meeting on Nov. 17. The financial angle is that for these projects, the city hall and St. Francis, Lepman would receive $750,000 each as a forgivable loan (at $75,000 per year for 10 years) to subsidize interest payments on the bank financing he’ll arrange.

The total, $1.5 million, is about half of the financial aid CARA had committed to the St. Francis restoration alone before the developer of that venture dropped out last month.

The city has an option to buy the St. Francis. Under the proposal ARA will transfer the purchase option to Lepman before it runs out in December. After that, Pride Printing, which has owned the building for decades, has up to six months to move out.

Lepman, his brother Spencer and their crews have restored several abandoned or neglected buildings for apartments, starting with Jefferson Lofts on Water Avenue, the first apartment project helped by CARA.

Scott laid out his plans at Wednesday’s virtual online meeting of the CARA board. (I missed the meeting but listened to the 97-minute audio on Thursday.)

The gist is that with CARA’s help on the interest payments, the Lepmans would rebuild the St. Francis and old city hall, presumably as residences and some commercial space. When the city hall is done, they would move their office there and demolish the former Sears Roebuck warehouse where the Lepman companies are based now, at Water and Ferry. With the building demolished, they are considering replacing it with an eight-story hotel and apartments.

As I understood it, the hotel idea is tentative and depends on the city building a parking structure, perhaps on the city-owned parking lot on the north side of Water Avenue.

Lepman told the CARA board that with his crew’s long experience in dealing with unexpected problems in old buildings, the construction risks of the St. Francis looked manageable to him. But he would need help with the financial risks. Hence the interest subsidy the board endorsed.

Last month it looked like the St. Francis was a lost cause. Now it’s not. (hh) 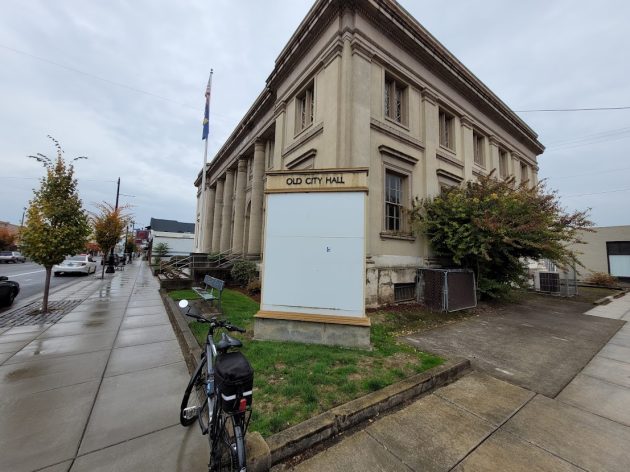 The “Old City Hall,” which the Lepman operation also wants to rehabilitate.

And here’s the look of a potential Lepman hotel/apartment block on Water Avenue.


10 responses to “A new plan to save the St. Francis and then some”