A big day for the Waverly Duck

That was quite a celebration, the launching Thursday of Albany’s Waverly Duck in the pond for which it was named.

My guess is that maybe 200 people, many of them kids, showed up. Half the city government was on hand, and Mayor Sharon Konopa was in her element, praising the duck as a piece of beautiful art and thanking everybody who had a hand in donating, funding, restoring, painting and finally towing this foam and fiberglass replica of a wood duck back to Waverly Lake.

The duck and its background have been the subjects on this site from time to time since last winter, when the mayor first got the city council’s consent to accept the old and deteriorated duck as a gift. The story is told in detail in a city of Albany press statement you can read here.

Thursday it all came to together, and just about everybody who was there had a camera. So there must be thousands of photos and videos crowding cyberspace by now. And here are three more. (hh) 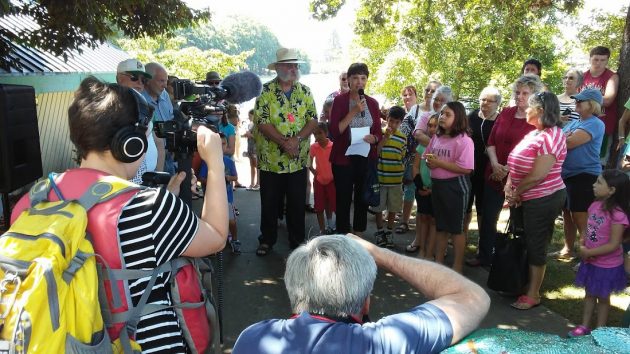 Mayor Sharon Konopa speaks at the launching. Councilman Ray Kopczynski, at her side, raised the money for the duck’s restoration. 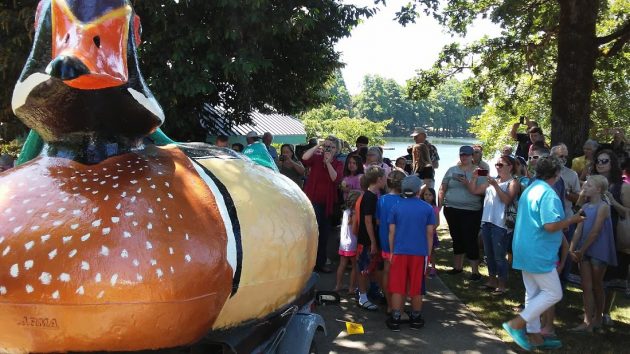 The duck has been unveiled. Did any wood duck ever look this splendid? 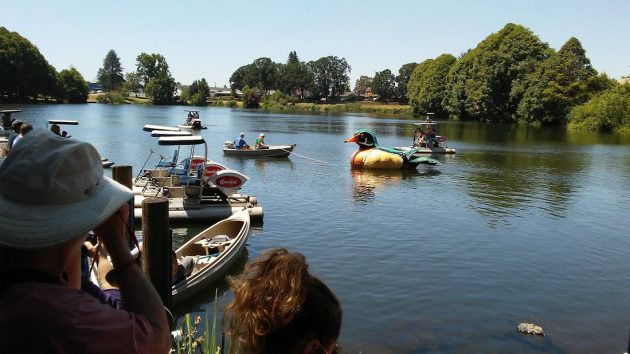 And away she floats. Well, away to a buoy in the middle of Waverly Lake, where people can see the duck all summer long.

One response to “A big day for the Waverly Duck”