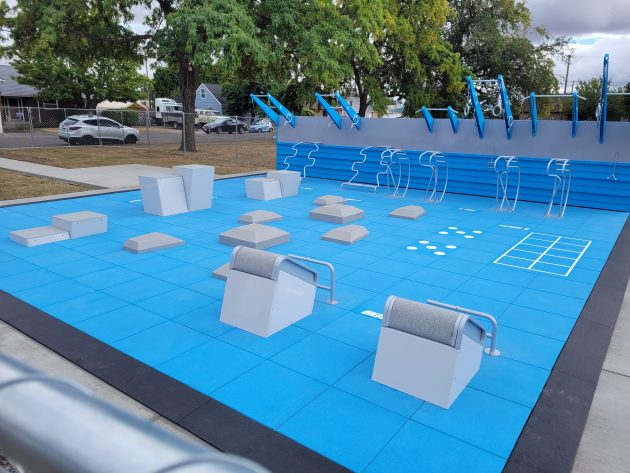 The fitness court at Burkhart Park on Thursday afternoon.

So this is what the new fitness court in Albany looks like. I’ve written about it several times, and on Thursday I took a look at the completed thing.

The installers for the company, National Fitness Campaign of San Francisco, told me Monday they would be finished by Wednesday night. And sure enough, on Thursday the finished court was sitting there, still spotless and pristine.

It’s in Burkhart Park, at the corner of Fifth Avenue and Burkhart Street.

As reported here before, the city council authorized the purchase of the equipment in June, for $125,000. This month a Junction City contractor installed the concrete base for the court, for $24,000.

On social media the Albany Parks and Recreation Department announced it would have an opening of the new facility from 2 to 4 p.m. on Oct. 13.

I had wondered whether people could use the equipment before then. The answer is: Apparently not, because: 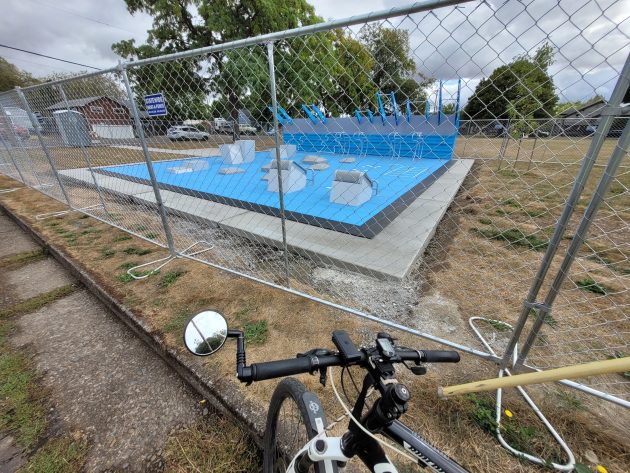 There’s a temporary fence around the court. At least there was on Thursday afternoon. (hh)