South Albany fields: See them while you can 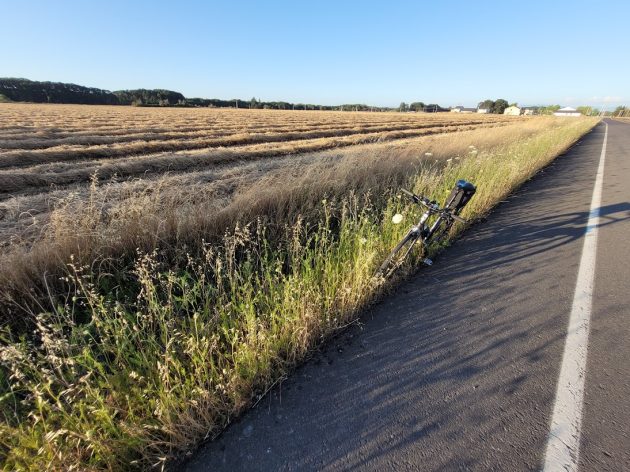 This is part of the 20-acre grass seed field on Ellingson Road that the city council has annexed so it can become subdivided for housing.

With the summer sun low in the west, I took a bike ride Thursday night to take another look at the fast-disappearing farmland on Albany’s south side.

The night before, on Wednesday, the city council voted to annex two parcels of grass-seed fields totaling about 47 acres so that much of it can be built up with single-family houses or maybe some apartments.

The crop had been cut and was lying in windrows, drying in the evening breeze, when I rode past on Thursday and stopped by the side of the road. The sight of harvested fields, so common this season in what we used to call the “Grass Seed Capital of the World,” is going to be rarer in this slice of Linn County.

The council annexed the two parcels without opposition or  debate. Public hearings were held but no one but the aplicants spoke.

One of the parcels covers 20 acres north of Ellingson Road from Lochner Road to the 226-lot  Henshaw Farm housing development on the east. Chad Curry of Albany owns the field, and Lennar Northwest, a Vanvouver, Wash.-based arm of a nationwide real estate developer, wants to develop it.

Lennar also is building Henshaw Farm, which announced a “grand opening” for Saturday to start selling houses. It has completed three models. Several others are in various stages of construction. (The new streets in this phase of Henshaw Farm are fantastic, great for cycling.)

The other parcel annexed by the council measures 26.6 acres adjacent to and north of the Curry parcel and is owned by the city of Albany. The city bought it from Curry in 2008 for a little more than $1.2 million for possible development as a complex of sports fields to be run by the parks department.

The sports complex idea has long been abandoned. and the parks department asked the council to bring the land within the city limits.

Among the reasons, Parks Director Kim Lyddane told the council in March, was that being in the city would make that part of the land not needed for a park more valuable to potential buyers. Also, developing a future neighborhood park there would not have to go through the Linn County land use process.

Public Works Director Chris Bailey told me Thursday no one had approached the city about buying part of the 26 acres. But it would not be a surprise if Lennar, the builder of Henshaw Farm and the developer of the Curry property on Ellingson, would try to incorporate the city tract in its plans as well.

Both these parcels also front on Lochner Road to the west. Farther north on Lochner, in March 2021 the council annexed about 35 acres of farmland for residential development.

Building streets, utilities and dwellings on all this land will take some time. No subdivision proposals have yet been filed. But years ago, Albany adopted the South Albany Area Plan, and much of  it calls for development — housing, shops, schools, parks and so forth — while also providing for the preservation of Oak Creek. What’s happening now is a consquence of that plan.

Going farther back, it’s also a result of the Albany urban growth boundary, set in stone in the 1970s.

In any case, when people go for a ride along Ellingson and Lochner a generation from now, besides negotiating a planned roundabout at the junction, they’ll be looking at houses instead of fields. (hh) 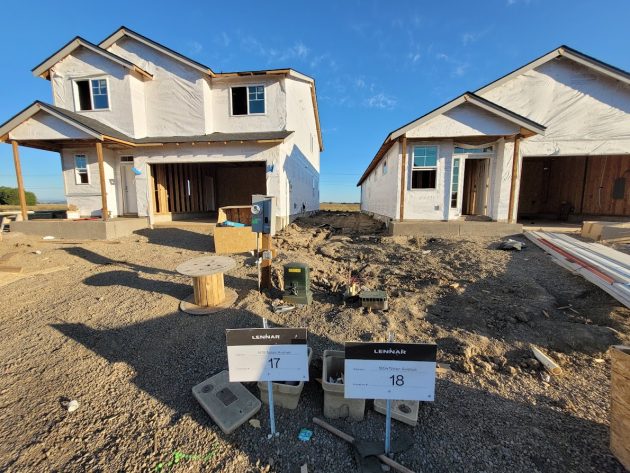 Houses under construction in Henhsaw Farm east of the annexation area along Ellingson. 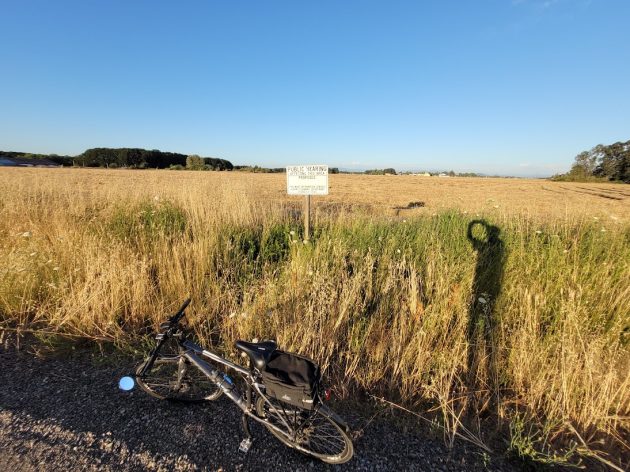 A shot of the city property that was annexed, from Lochner Road looking east.


10 responses to “South Albany fields: See them while you can”