Oregon weather: A question of latitude 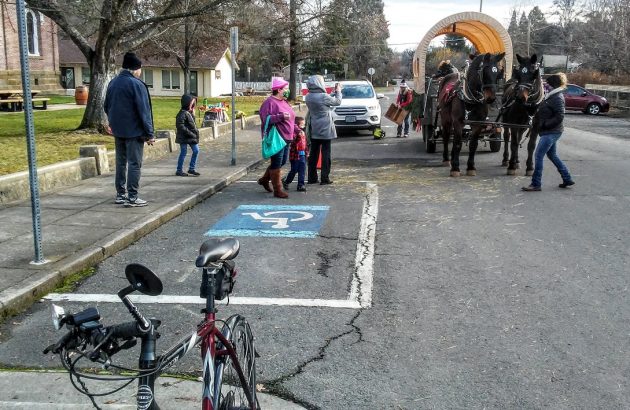 It was a question of latitude, more or less. And of time, and of where weather systems go in Oregon when they come from the southwest.

On Sunday I was riding the bike in Jacksonville outside of Medford. The weather was cool but clear and partly sunny, sunny enough for people to check out the horse-drawn carriage rides they have there in the Christmas season. 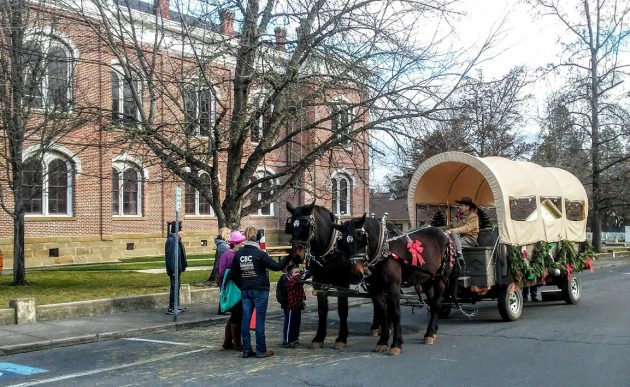 In the background, the historic Jackson County courthouse, now the city hall of Jacksonville.

Then we got on the freeway to go north, heading for Albany. And before long, right around Sutherlin, the storm caught up with us.

By the time we were barreling toward the Highway 34 exit of I-5 at 4 p.m., some of the fields near the freeway were under water, and through the windshield the highway looked like this: 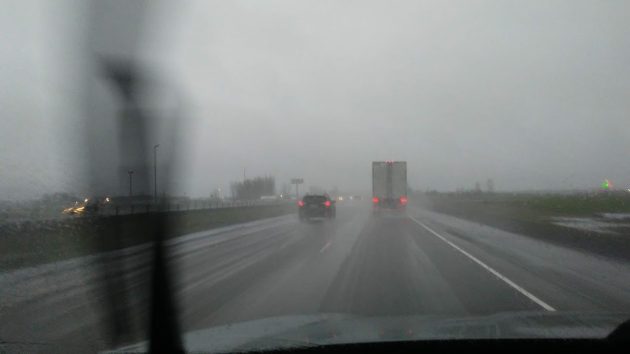 In little more than three hours on the road, we had come from 42 degrees north to a point nearly three degrees farther north. Not much, as far as the globe is concerned, but enough to put us in a different weather zone.

The point? Well, I just wanted an excuse to use those shots. (hh)

The original version of this item mixed up the coordinates of Jacksonville, Ore., with those of Jacksonville, Fla. The numbers didn’t look right but I ignored it. Lesson: Don’t look stuff up late at night when you’re bleary-eyed.


7 responses to “Oregon weather: A question of latitude”