More crossing arms on Water? Not in the plans 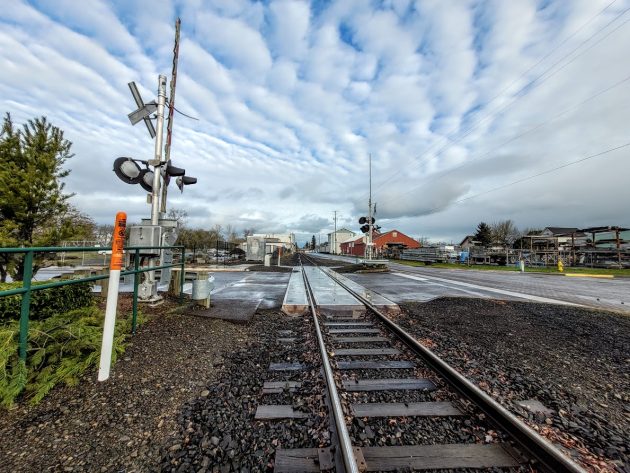 The crossing arms at Jackson Street: No more like them will be required on the Water Avenue rail line.

Will ODOT require automatic gates, lights and bells at any of the new Water Avenue railroad crossings being planned as part of Albany’s riverfront redevelopment project?

That question has been asked and answered, but it keeps coming  up. And the answer, I learned again this week, is no.

In a recent exchange of comments following a story here on the riverfront plans, Councilman Dick Olsen remembered being told that expensive crossing protection would be required after all.

This week I checked with City Engineer Staci Belcastro, planning manager David Martineau, and economic development manager Seth Sherry. Martineau now is reviewing the city’s application for site plan approval for the riverfront project, and Sherry leads the staff work for the CARA urban renewal district that is sponsoring the project.

Belcastro came up with a table summarizing all the intended work on crossings that is planned as part of renovating Water Avenue. The table showed three private crossings to be closed, nine crossings (two of them private) to be improved, and two new pedestrian ones to be built.

And none of the crossings will need electricity. That’s because ODOT-Rail, the state agency controlling this issue, has agreed that crossing gates are not required. Any day now city officials expect the agency to certify this in writing in response to the city’s submission of plans.

Two vehicle crossings over the Water Avenue track, at Jackson and Hill streets, do have automatic crossing protection. One leads to the Wheelhouse office building, the other to the Edgewater Village housing development,

In contrast, all the others do is to connect Water Avenue with parking lots or the Dave Clark Riverfront Path. Those leading to the path are intended to increase ease of access, both for safety and to encourage public use. The various improvements involve concrete panels, paving, new railroad ties, striping or signage.

The city expects to start awarding contracts for some of this work this spring. And again, don’t expect to see new crossing arms when the construction is done. ((hh) 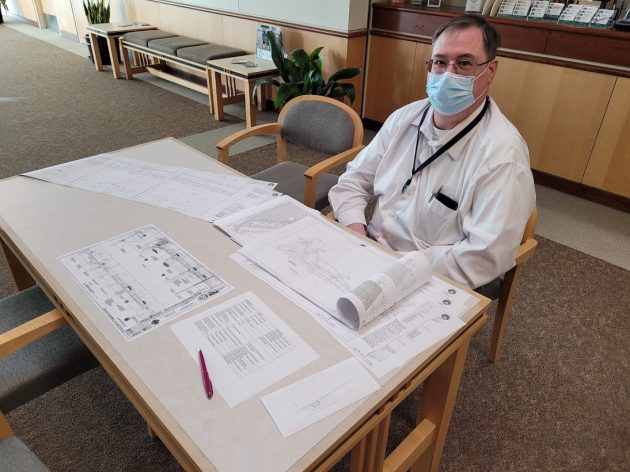 At City Hall, David Martineau showed me the drawings for the riverfront project, including changes on Water Avenue and railroad crossings.


3 responses to “More crossing arms on Water? Not in the plans”