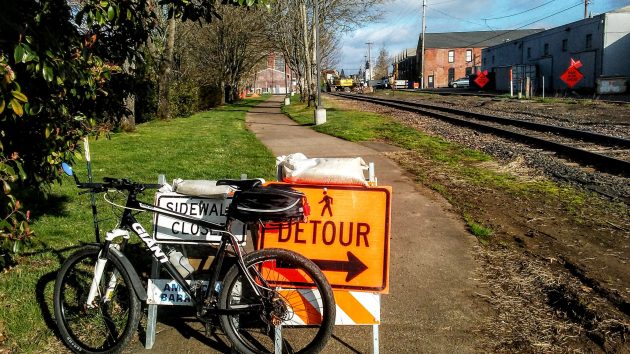 Good news for users of Albany’s riverside Dave Clark Path: Closed for construction since last summer, the central segment of the walking and biking trail is likely to reopen in a couple of months.

The path has been closed for construction of a sewer pump station and its electric service building, part of a $7.2 million contract to build a new main sewer pipe from there to the treatment plant. The work obliterated the concrete path at that spot.

My assumption had been that the contract included the reconstruction of the path. Chris Cerklewski, the engineer in Albany Public Works overseeing the project, confirmed that.

Reconstruction of the path is a $25,000 item in the overall city contract with Pacific Excavation, the main contractor. And once the pump station work is finished this spring, the middle segment of the path, near the riverside Wheelhouse building, is expected to be reopened in April.

Along with the path, that section of Water Avenue has been closed to through traffic too. For a cyclist, this meant a detour necessitating — if he followed traffic laws — crossing the traffic lanes of First and Second Avenues four times. So the reopening of this path along with Water Avenue will be a welcome change. (hh) 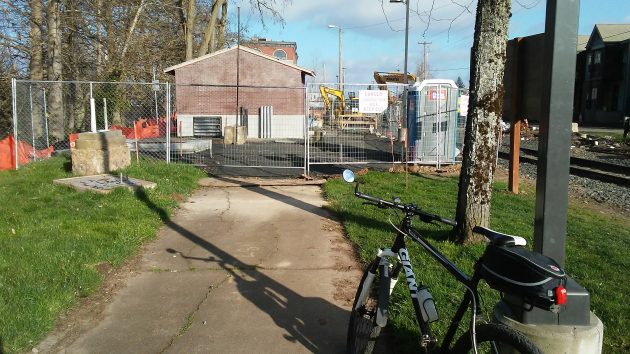 
3 responses to “Look for reopening of Dave Clark Path”