Get this public servant back to work 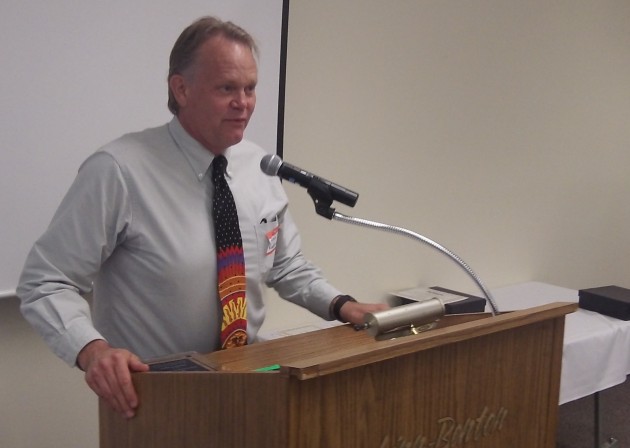 Michael Rodgers no longer faces a criminal investigation, but the state government’s unjust treatment of him continues. He is still suspended from his job, and that is something the governor should put right.

In Albany Saturday night, Rodgers accepted the “First Freedom Award” of the Oregon chapter of the Society of Professional Journalists. The award recognizes the crucial importance of government transparency and access to public records to keep our government free of corruption and other nefarious dealings.

The SPJ chapter recognized Rodgers, a top IT official for the state, for his courage when he gave thousands of Gov. John Kitzhaber’s emails to Willamette Week in February. He had reason to believe the emails were in danger of being destroyed, and he got no assurances from others in state government including his boss that this would not be done.

When last I wrote about this (on May 27, based on a story in Willamette Week by Nigel Jaquiss), Rodgers had been on forced albeit paid leave for several weeks while he was being investigated for official misconduct and whatever else prosecutors might dream up. I wrote that Gov. Kate Brown had an obligation to put an end to this threat over someone who acted to prevent a greater harm — the destruction of public records of immense importance — and who put the public interest in clean government ahead of his own career.

What Rodgers did takes courage, and it deserves to be rewarded by the state that he served. Since then, Governor Brown has said prosecution would not be in the public interest, and prosecutors announced last week they would not bring charges.

I had a chance to briefly speak with Rodgers after the awards dinner at Linn-Benton Community College Saturday night. He told me he still had not been reinstated in his job and had heard nothing from anyone in the administration on that point. I told him I thought it should embarrass the state’s administrative department that he is still dangling out there. Are those people not capable of quick, decisive action to put this episode behind them?

If she hasn’t done so already, Governor Brown should get on the phone Monday morning and tell her people in the Department of Administratrive Services to give this man a commendation and get him back to work before they go home Monday night. (hh)


8 responses to “Get this public servant back to work”