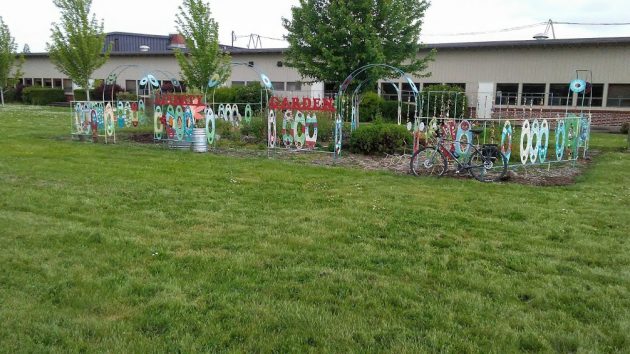 There will be a “parent loop” roughly where the  school’s “Liberty Garden” is now.

The Albany planning division has invited public comment before issuing a conditional use permit for an expansion of the parking lot at Liberty School. It’s hard to see the point since the school board has already awarded a construction contract for the work.

The city notified property owners within 300 feet of the project at 2345 Liberty St. S.W. The comment deadline is May 28.

This is one of the smaller items in the Greater Albany Public Schools’ $187 million construction program launched after voters approved a $159 million bond issue in May 2017.

The paving job at Liberty calls for replacing the school’s 14-space parking lot with a bigger one — the drawings show 33 spaces — and a “parent loop” for pupils to be dropped off and picked up. The intent is to lessen traffic congestion on 24th Avenue. (See this story from February 2018.)

The school board awarded the construction contract to River Bend Materials on April 22. The company’s bid of $324,995 was the lowest of four.

A plan of the new parking lot and parent loop was included with the city’s public notice. Check it out here.

The new parking lot will wipe out the lawn and “Liberty Garden” in front of the school. The upside: Less grass to mow. And the GAPS website shows that for its garden, Liberty already has found another spot. (hh) 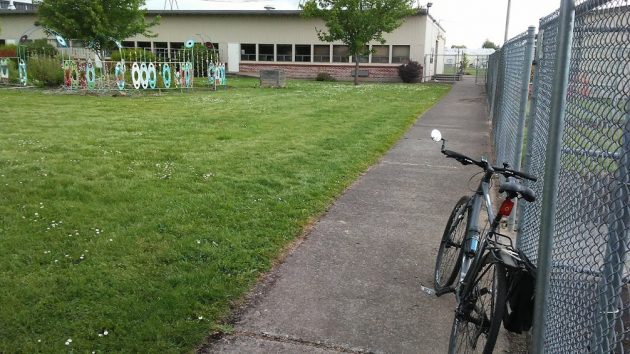 The present parking lot is to the right of the fence.


12 responses to “For Liberty, less lawn and more parking”